Sounders Give Back at Seattle Union Gospel Mission’s Hope Place

John Wilson writes for Sounder at Heart about what Hope Place is, the club's relationship with it and how you can help.

Share All sharing options for: Sounders Give Back at Seattle Union Gospel Mission’s Hope Place

As we look forward to Saturday's opening of the 2013 campaign, we all have our own unique reasons for supporting the Sounders: perhaps you were a supporter of the Sounders back in the USL days, or maybe you only started following the team closely following their back-to-back-to-back US Open Cup titles in 2009-2011. Whatever your reason is for participating in the March to the Match or standing proudly and singing your lungs out until the 90th minute, may I provide you with another reason to support the squad?

But first, let's backtrack a few years. In 2011, Terry Boss was playing for the Sounders as Kasey Keller's backup. Prior to joining MLS, Terry had played for the Charlotte Eagles of the USL Pro Division (among several other teams). The Eagles have a well-deserved reputation for using soccer as a means of effecting positive changes in their community. Terry was deeply impacted by this philosophy, and when he came to Seattle he wanted to use soccer in a similar way. Terry recruited myself, former Sounder James Riley, and a few others to assist him in this effort.

In the spring of 2011, after investigating several local community outreach organizations, we began a partnership with Seattle Union Gospel Mission's Hope Place. Hope Place is a women-and-children's center located in the New Holly neighborhood of South Seattle. It offers shelter and resources to women who have been homeless, victims of domestic violence, or who have battled substance abuse. These women, and their kids, are able to stay at Hope Place for up to 12 months as they work to escape their difficult life situations and get back on their feet. Hope Place offers its residents classes in parenting, battling substance abuse, creating a resume and preparing for job interviews, and many other life-skills classes. Hope Place also features the Children's Activities Center, or CAC, where kids can participate in homework club, play games, do arts and crafts, and spend time while their moms are in class.

We started visiting Hope Place every week to play soccer, and we quickly developed strong relationships with the kids who lived there. If it was nice weather, we would play on a small grassy area outside of Hope Place, and if it was raining we would play indoor soccer in a nearby gym. This effort wasn't about making these kids into great soccer players - most had never played - but it was about providing them with positive male role models. In addition to Terry Boss and James Riley, Mauro Rosales and David Estrada also came to play soccer with the kids from time to time.

After James Riley was left exposed in the 2011 MLS expansion draft and left Seattle, we continued to play soccer at Hope Place, but Terry Boss was forced to retire from professional soccer after the 2011 season following a series of concussions. He now is an assistant coach at his alma mater, University of Tulsa. Although Terry and James had left Seattle (Terry's jersey still hangs proudly in the CAC at Hope Place), myself and another friend were determined to continue playing soccer at Hope Place, although we weren't sure if any Sounders players would be involved. 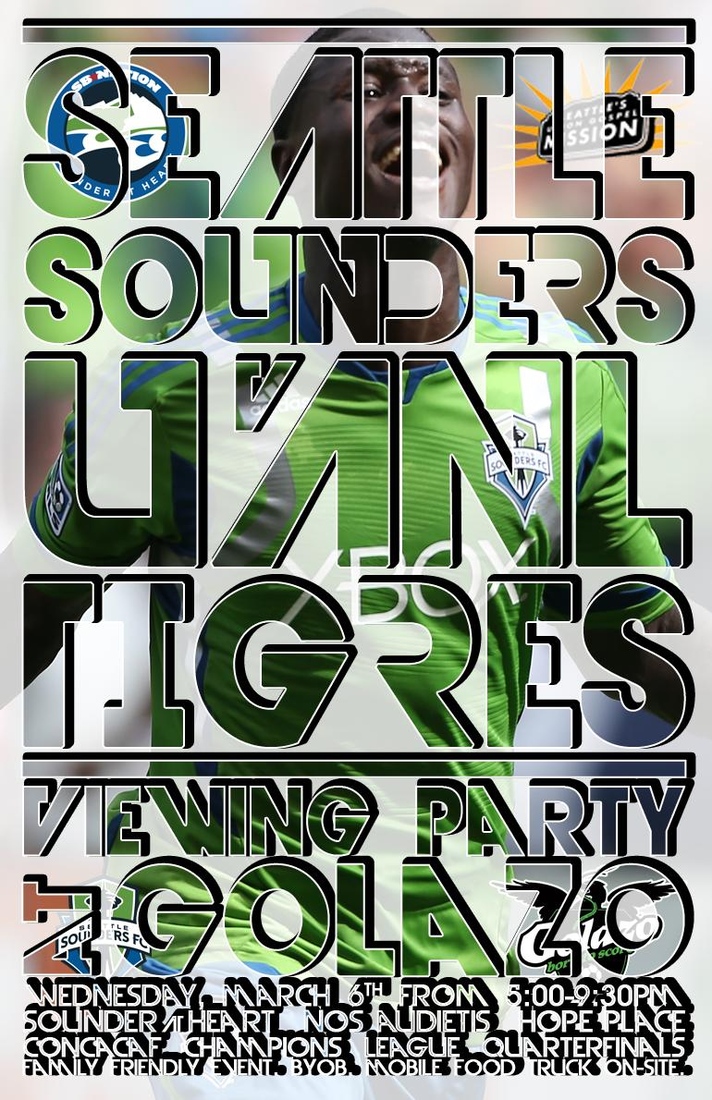 For the past year or so, David Estrada has stepped up and been a consistent presence at Hope Place. The kids love having him around, and he shows the same energy with them that he displays on the pitch. David also spoke to a summer camp program that was attended by many of the Hope Place kids. He spoke about overcoming adversity, and he used the example of scoring a hat trick to begin the 2012 season and then breaking his foot.
In addition, David has been a great recruiter for our "Soccer Night With the Sounders," and as a result Babayele Sodade, Alex Caskey, Josh Ford, Servando Carrasco, and Andy Rose have all come to Hope Place to play soccer with the kids. Words can't describe how excited the kids are that players from THE SEATTLE SOUNDERS are playing soccer with them!

The club itself has also been very supportive of Hope Place. The club provided Hope Place with free tickets to three games last season, which allowed many women and their kids to see their first Sounders game. It was a thrill to say the least.

So if you're looking for another reason to support the boys in Rave Green this season, look no further than the relationships being formed between several Sounders players and the kids at Hope Place.
If you would like to support Seattle Union Gospel Mission's Hope Place, please come to the Sounder at Heart viewing party for the Sounders-Tigres match on March 6. The viewing party will be at Golazo HQ (714 E. Pike St.) The event is free, but donations will be accepted to benefit the Children's Activity Center at Hope Place. Several Hope Place staff will be on hand to answer any questions about the organization.