of liked minded people while a soccer game is on.

Santos Laguna host the Sounders in the second leg of the CONCACAF semifinals. The Sounders head to Torreón in hopes of advancing to the Champions League Finals. They'll need at least at least two goals to make this happen. There're a few other scenarios that will equate in an advance for the Sounders, but I don't want to delve too deep into the intricacies of soccer rules and potential outcomes.

Come and support our club at Golazo, whom are offering up their space to our gathering, which Dave and Jeremiah will be hosting. We'll be talking soccer and most likely watching the match on a very large screen at the same time. We have a Facebook page setup for invites to the location and time. 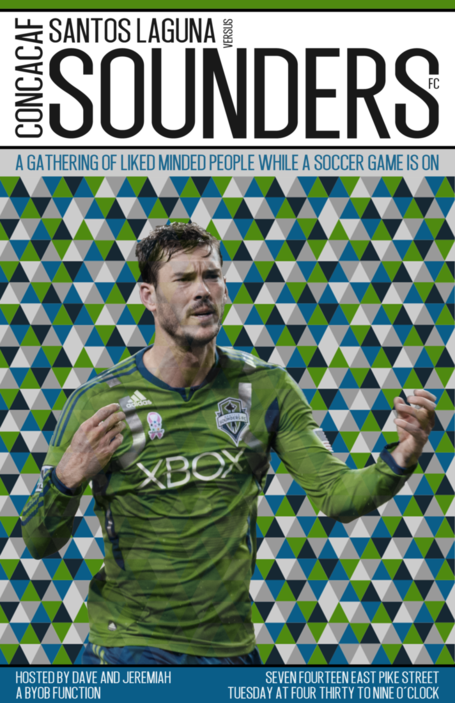