Sounders at Santos Laguna - leg two provides challenge, but there are solutions

The odds are against Seattle. The season is a series of down notes. But there is a path to victory and history. We have seen hope. It is time for hope and heroes.

Share All sharing options for: Sounders at Santos Laguna - leg two provides challenge, but there are solutions

American teams do not win in Mexico. There is a simple trilogy of competitive victories in the modern era for the Americans. The United States did it at Azteca in a friendly under Jurgen. FC Dallas pulled it off in the CONCACAF Champions League against a reserve side. And of course the Seattle Sounders beat Monterrey.

Wins in two-legged, aggregate-goal series against sides from Mexico are also rare. Sporting KC, back when they were called the Kansas City Wizards, did it in the CONCACAF tourney under the old format. And of course the Seattle Sounders beat UANL Tigres. 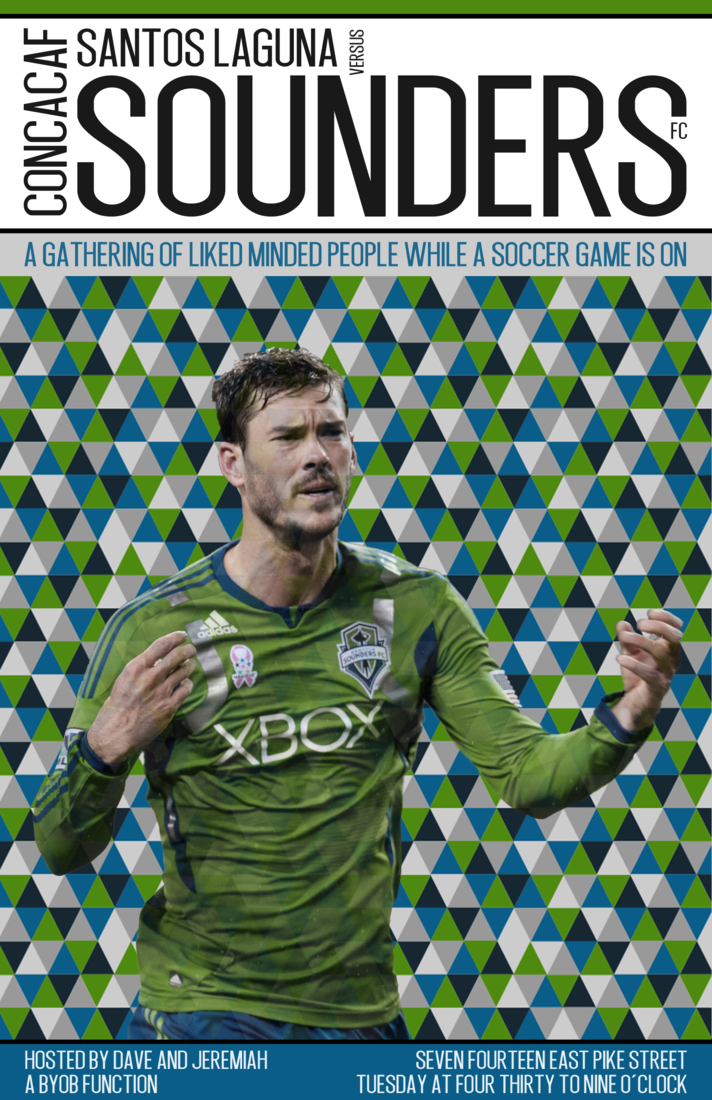 Making history twice is hard. Doing it a third time is what sits in front of the Sounders in Torreon against Santos Laguna (Tuesday 5PM, FoxSoccer - you can watch with us). That same Santos Laguna prevented greatness in the last CCL cycle by crushing the hopes of the Puget Sound with a 6-1 drubbing. In fact, no team in CCL play after losing at home has won the two-leg series - in twelve tries.

What does Seattle need to do to get a victory?

"It wasn't that we were playing that bad together as a team, it seemed like we weren't getting all 11 working at the same time, and so that's what we have really been concentrating on," Sigi Schmid said after Friday's practice. "We need all 11 focused and working at the same time, and that's been our emphasis in practice leading up to the Salt Lake game, and since the Salt Lake game as well. I thought it was much better against Santos, and it was better in the second half against Salt Lake. We just have to continue with that."

"Looking better" against Santos included a new formation that put Alex Caskey in an attacking position but as a strong defender and Mario Martinez as a free roamer on offense. This may be complicated due to injury, but the team's practices last week focused on dealing with that issue.

Not everyone that plays for Liga MX is good at everything. Seattle tried to take advantage of that in leg one and it helped reduce the damage.

"I think it's smart to pressure that team and make them play long," Brad Evans told Sounder at Heart after Thursday's practice. "I think we did good in pressuring them and making Balloy play out of the back, because I think that he's not the strongest passer on their team. We intercepted quite a few balls and obviously they're a good team. They're going to get chances and they are going to break free. It's how we adjust to that."

That does not mean always pushing high. There is a time and place when it is appropriate.

"Can we push high again because we found success at home or do we kind of pick and choose our moments a little bit wiser for when we really smell it and get forward. It all depends," Evans explained. "If it comes from a corner kick and guys are pressed high already and we're not expending too much energy in rushing forward then I think we've put ourselves in the position that maybe we do stay high. But if it's a couple guys forward and then it gets swung in and the keeper catches the ball there's no reason to pressure because they will get it out quickly and then they're gone. We've got to be smart. We've got to think about it."

Santos Laguna will get chances. They will mainly come via rapid counter-attacks. Limiting those attacks is one step, but using a formation that puts two or three more defensive midfielders on the field could help reduce the effectiveness of the shots when they do come.

The other part is having a keeper that can stand on his head. Michael Gspurning has done that. One need only look to the loss to Salt Lake where he faced nine shots on goal. Five times in league play he's saved five or more shots on goal. Another night like that helps change things.

Four - give yourselves a chance

In the Sounders' matches against Liga MX sides they've been shut out only four times in nine CCL contests. They've won 3 of 4 friendlies against Mexican teams, only getting shutout this preseason. As a club they should know that they can score against this league of higher quality. Prior to leg one they'd scored against Oswaldo Sanchez three times. They know that they can score against this team.

"First of all we have to get a goal to give ourselves a chance down there," Evans flips the order. "We can't press, press, press- because we'll get caught on the back end we'll be fighting for our lives down there."

Reaching that net the first time can force doubt. It could even cause the huge crowd to turn, as they understand the odds as well. The cliche is that goals change games. In two-leg series they can change history.

It is time for a trilogy of historical proportions. It is time to Beat Santos.