With three Sounders likely to feature in the match our eyes turn to Rio Tinto Stadium to see if the United States wins and how Mario Martinez is used on his full National Team.

Just one week ago the eyes of American soccer looked to Seattle. Now, they look to Utah where the United States will try to further firm a spot in Brazil 2014. The opponent is of particular interest to Seattle Sounders fans as Mario Martinez transitions from Olympics star to full team role-player with the Honduras National Team.

Brad Evans is almost certain to start, which could create a situation where he plays for the home and away team in the same stadium in under a week. Eddie Johnson could start wide left, where there are questions due to the suspension of Beasley. It is the space where he made his mark in the previous round of qualifiers.

We wanted to come to Salt Lake ... because we know that it's a very good environment here for soccer. - Jurgen Klinsmann

This week Salt Lake City, Utah gets to feature as the host of America soccer. Like Seattle, they look to make a strong impression to a nation that generally thinks of them as a kind of mountain backwater. Like Seattle, the fans will sound off while covered in Red, White and Blue. 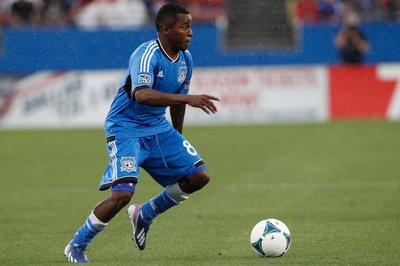 America sits on top of the Hex, above rival Mexico and ahead of the rest of CONCACAF. Powerful at home, Jurgen looks for another three points and a full nine in this Qualifying window. With one of Honduras' best striker quitting and returning to the Revolution the job is easier, but not easy.

At 5:30 PM Pacific ESPN starts their coverage of the match. Kick will be shortly after six.

Utah, give us proof through the night.