U-20 World Cup: DeAndre Yedlin gets mixed reviews for his part in United States' 4-1 loss to Spain

The Sounders right back had some regrettable moments on defense, but also looked very good going forward.

Share All sharing options for: U-20 World Cup: DeAndre Yedlin gets mixed reviews for his part in United States' 4-1 loss to Spain

DeAndre Yedlin is far from perfect. Extremely promising? Yes. A finished product? By no means. But you can probably say the same thing about all of the players at the U-20 World Cup, where Yedlin is currently playing for the United States.

Yedlin's two sides were very much on display during the United States' 4-1 loss to Spain on Friday. The Seattle Sounders fullback was caught in the middle of Spain's first two goals, settled down defensively after that and provided some very bright moments going forward. It was perhaps an extreme version of what we've grown used to while watching Yedlin become one of MLS's rising stars.

USMNT have some promising moments 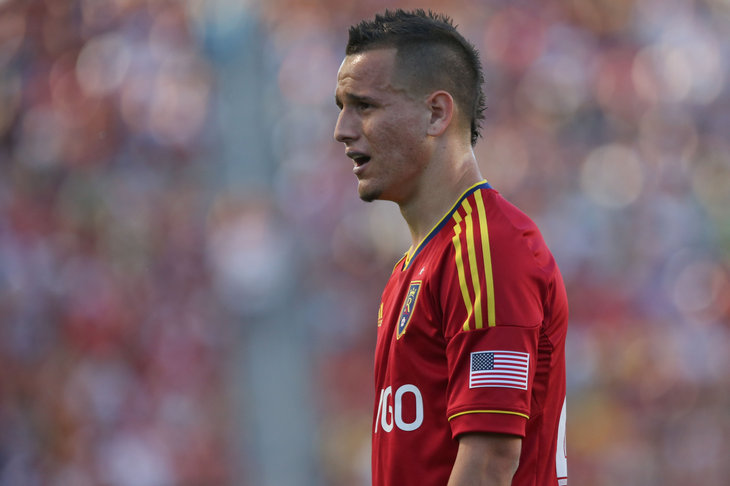 Stars and Stripes FC has a full rundown of how the match went.

Yedlin's day did not get off to a great start, it should be said. The 19-year-old looked to be caught a bit out of position on Spain's first goal in the 5th minute, allowing Jese Rodriguez to get a wide open look at the far post. Rodriguez's shot actually ended up going through Yedlin's legs. It also looked as if Yedlin may have been caught trying to mark two players in the box, but he probably would have been better off allowing the goalkeeper to deal with the near-post run.

To their credit, the United States managed to settle in nicely after that. Some high pressure allowed them to actually gain some control over the midfield and Yedlin played no small part. Yedlin pressed forward repeatedly, helping the United States gain some quality possession. At the same time, his final ball was a little lacking as at least a couple promising chances died when Yedlin over hit his passes.

Spain seemed to weather the storm without much trouble and struck back with a couple of goals in the final five minutes of the half, with Yedlin being at least partially at fault for the first when he fell down and forced the rest of the defense to try to scramble.

Yedlin's second half was a bit quieter, as he was a little less bold in getting forward.

It was hardly the breakout performance that many of us would have liked to see from Yedlin, but I'd say he's a very safe bet to get the nod on Monday against France.