The forward has not been able to play since Aug. 10 and remains in doubt for Saturday's game against the Chicago Fire.

As tempting as it is to expect reinforcements for Saturday's game against the Chicago Fire, the biggest potential addition remains in doubt. Seattle Sounders forward Obafemi Martins was expected to start against Chivas USA on Wednesday, but failed a pregame fitness test and remains questionable.

"He did a little more today," Sounders head coach Sigi Schmid said on Thursday. "We didn't want him to do too much today, so we pulled him out at a point, and now we'll see how he feels tomorrow. They're giving him some medications that should help as well. So we'll see is there's an improvement tomorrow, and then we'll see how it is on Saturday. It's going to be a game-time decision." 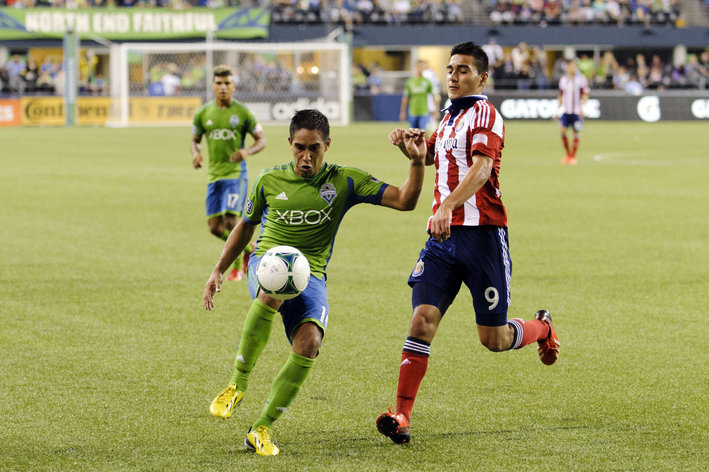 David Estrada filled in for Obafemi Martins in the last game and did a solid job. Was it enough to get another start?

When Martins first suffered the injury on Aug. 10, it was not believed to be particularly serious and he was actually deemed questionable for the Sounders' following game against the Houston Dynamo. He of course missed that game and the same situation has continued to play out with each successive game: deemed a game-time decision and then being unable to play.

While the recovery has taken longer than anyone seems to have expected, Schmid said he's not frustrated because he knows Martins wants to return as bad as the team wants him back.