2014 Sounder at Heart Moment of the Year: Group D

In the final of our four groups of Moment of the Year nominees, we learn to spell O-B-A, H-B, C-U-P, and M-V-P

Share All sharing options for: 2014 Sounder at Heart Moment of the Year: Group D

So many more great moments from the 2014 season. These moments are for winners. Sharks are winners, because they never look back, because they don't have necks. Necks are for sheep.

Here are the final four nominees for moment of the year. Picking just one is a difficult task and I don't envy you.

For the fifth time in seven years the Seattle Sounders played a US Open Cup Final. For the fourth time they won it, thanks to Chad Barrett getting us to overtime and the superstar duo of Clint Dempsey and Obafemi Martins closing the deal. And for the second time, the Sounders won it on the road, meaning the fans who made the trip to watch the victory in person had to find a local watering hole to celebrate.

Little did they know that the Cup itself would show up along with the coaching staff to do some celebrating, demonstrating that the Open Cup is as much for the supporters as it is for the team. 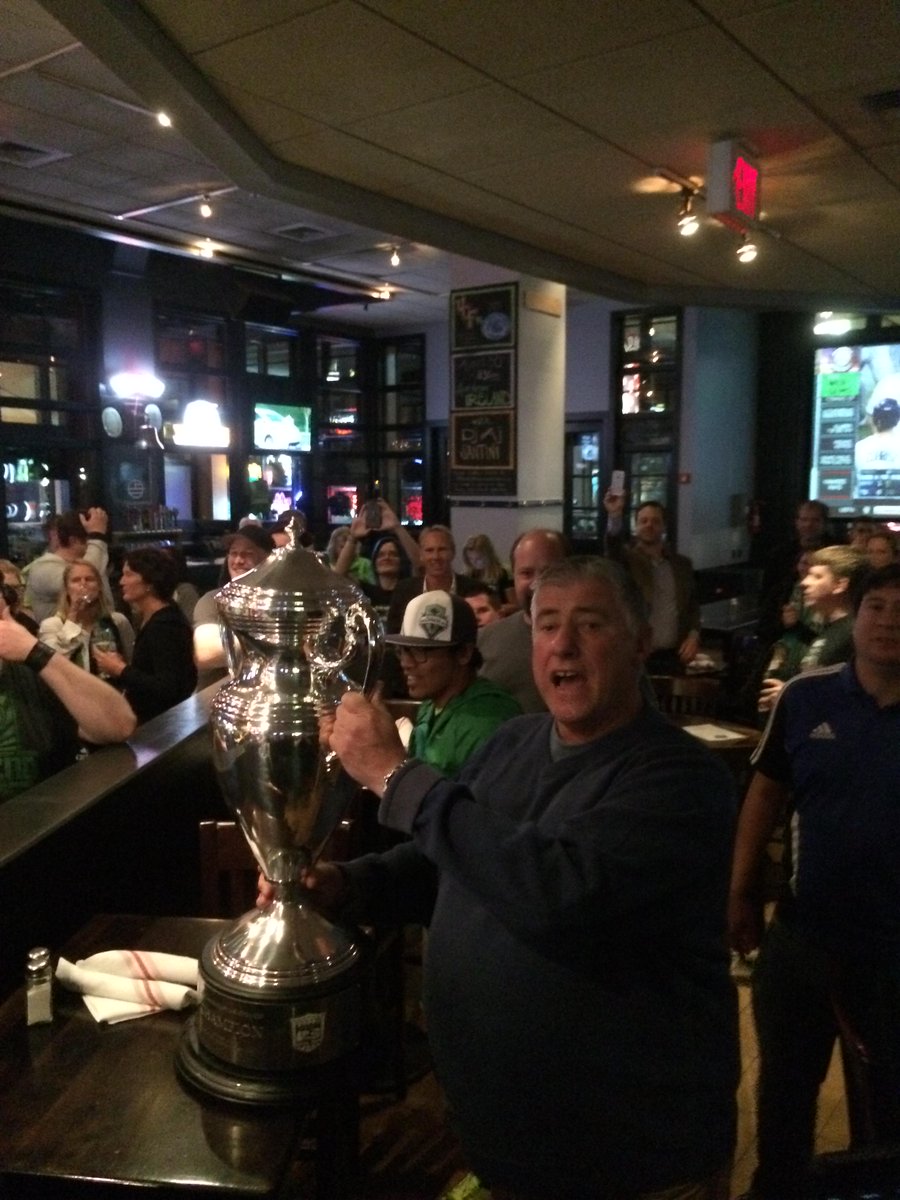 This isn't the only Obafemi Martins goal in this competition. It isn't even the only goal against the Timbers in the competition. But it stands out as being the most pure expression of Oba's combination of will to score and sublime ability on the ball. It also helps that it was the 4th goal, marking the second time in two games that the Sounders dropped 4 goals on the Timbers defense at Providence Park.

Alonso Header to Come Back In Dallas

In the first round of the playoffs, Seattle was behind late in the away leg thanks to a PK scored by Michel. MICHEL! ARE YOU KIDDING ME! He probably did that stupid, horrifying dance afterwards. I don't know, I wasn't even watching. But Seattle came back to draw thanks to a most unlikely occurrence: An Osvaldo Alonso headed goal off of a set piece. I haven't checked, but I wouldn't be surprised if that's never happened before. And that's just how El Corazon de Los Sounders operates. He comes up biggest in the biggest games.

The away goal not only tied the series, it became the deciding tiebreaker when the home leg implausibly finished 0-0, advancing the Sounders into the Conference Final.

Sure, we're primarily a Sounders site. But we'd be remiss if we didn't recognize the incredible season that the Seattle Reign had. After a disappointing year one they blew the doors off year two, winning the Shield by a margin usually reserved for European leagues where one team is wildly outspending its competition. But Laura Harvey couldn't outspend, she had to outsmart. And her smartest move was poaching Kim Little from Arsenal. The Scot took over the team from the first game of the season and became the offensive focus and the focus of opposing defenders, not that they could stop her. She won 3 of the 5 league player of the month awards and handily won the MVP, thanks to the sort of fearless scoring ability that leads to late game-saving goals like this one.