Joshua Mayers took a look at the variety offered by the 2014 offense. Let's look a little deeper.

In 2013 the attack of Seattle Sounders FC was broken. It was plagued by injuries, call-ups and a dip in performance by Obafemi Martins, Eddie Johnson, Mauro Rosales, Steve Zakuani and Clint Dempsey. Two of the five are back in 2014 and are expected to put up strong numbers, but the variety in the attack is really about the new additions.

Expanding on the Mayers story in the Seattle Times there are seven players that have at least one season in their last three with at least five all competitions goals. Two other additions since the last opening season can be reasonably thought to put forward numbers at least that good. Looking at just their numbers in their last three MLS seasons and all competitions (CCL included in final year only, stats via soccerway)

The hydra that never had all its heads last season has three primary leaders. Obafemi Martins is healthy and every single training looks as if he's the best attacker in camp and one of the best the league has seen. Kenny Cooper's soft feet and roaming role to pick up scrap or help the attack flow is clear.

There are questions about Clint. His last year is not a sign of great things. Ignore him for a moment and see that both wingers and the primary backup forward add to the attack in ways that Seattle lacked in past seasons. Marco Pappa is a goal scorer more than a set-up man. Evans and Neagle are rather consistent in Rave Green.

Deeper into the attack are subs like Chad Barrett and David Estrada. Men who are capable of putting up goals when used regularly, but it is likely only one gets 20+ matches. Tristan Bowen has not slotted five goals, yet. He also still qualifies for the Sounder at Heart Young Player of Year award. A large improvement for him would not surprise, and may be expected. 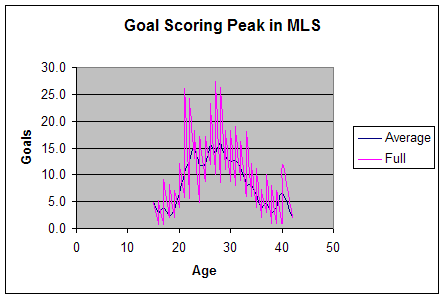 Seattle's offense is mainly made up of that late stage peak at the conventional years of 27-30. But there is Bowen, Zavaleta, Okoli and Bates in the early peak. Any could break through, but Bowen is the most likely due to his time as a pro (others on that list had several pro years before the early peak).

This revamped attack has three players that should be expected to get 10+ all competitions goals. Another that could flirt with double digits and five more that could net around five goals or so.

There is a new hydra. It is like the old one, but it has more heads with more strength behind it.