Brought to you by our lords of banter, Zachariacus, Aaronolomew, ...and Jeremiah.

Share All sharing options for: This Week in the Comments [Zachariacus, Aaronolomew, Jeremiah Edition]

Hunchpunch knows the way to my heart with the comment of the year and this great follow up, too.

Honorable mention to Oba
He’s all over the place and being pretty unselfish. Love his role as Duece’s facilitator.

For the last two straight games, I've bitched so much about this team and made a lot of general doom and gloom comments.
But at the end of the day, this team has made me look like a dumbass. And I’m honestly loving looking like a dumbass.
Frei in particular is making me the fool. Right after I bitch about how I couldn’t remember the last time a Sounders GK made a breath-taking save, he makes two huge stops.
For those who are wondering, crow tastes best with just a bit of cumin. Not too much, though, cause you really wanna savor that "I feel like an idiot" taste.

April 14th: Eriq Zavaleta will not play against Sounders FC

Even when he's on another team,
the Sounders keep Zavaleta from getting first-team minutes. 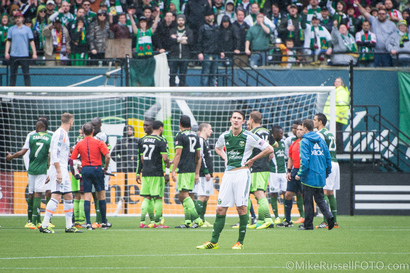 via Mike Russell/Sounder at Heart

CAPTION CONTEST WINNER
I missed this last week in all the excitement about the #BANTZBANTZBANTZ. There were so many great submissions, but one stood above all the rest.

Tobor is your winner!

"But I, I said, I, I don’t care if they lay me off either, because I told, I told Caleb that if they move my desk one more time, then I’m quitting, I’m going to quit. And, and I told Merritt too, because they’ve moved my desk four times already this year, and I used to be over by the window, and I could see the squirrels, and they were merry, but then, they switched from the Swingline to the Boston stapler, but I kept my Swingline stapler because it didn’t bind up as much, and I kept the staples for the Swingline stapler."