The Reign play their third game in a week under torrential rain in New Jersey while we bask in the sun at home.

I mean, maybe they have blue skies sometimes in New Jersey. But not today, when it's dumping down so much that there are multiple flood warnings in the area. Look at me, a guy from Seattle complaining about someone else's weather! We don't get these chances often so we must treasure them. Kickoff is at 4.

It's the first road game for the team this year after a very successful opening home series that saw them win 3 of 3 and concede only one goal (on a penalty). Now we address the question of whether they can do it on the road in crappy conditions without Megan Rapinoe (who's still out injured), and my guess would be "yes, probably". Sky Blue has yet to win a game in three and they'll be relying heavily on Kelly O'Hara to be able to create some offense through Seattle's gauntlet of Jess Fishlock and Keelin Winters. 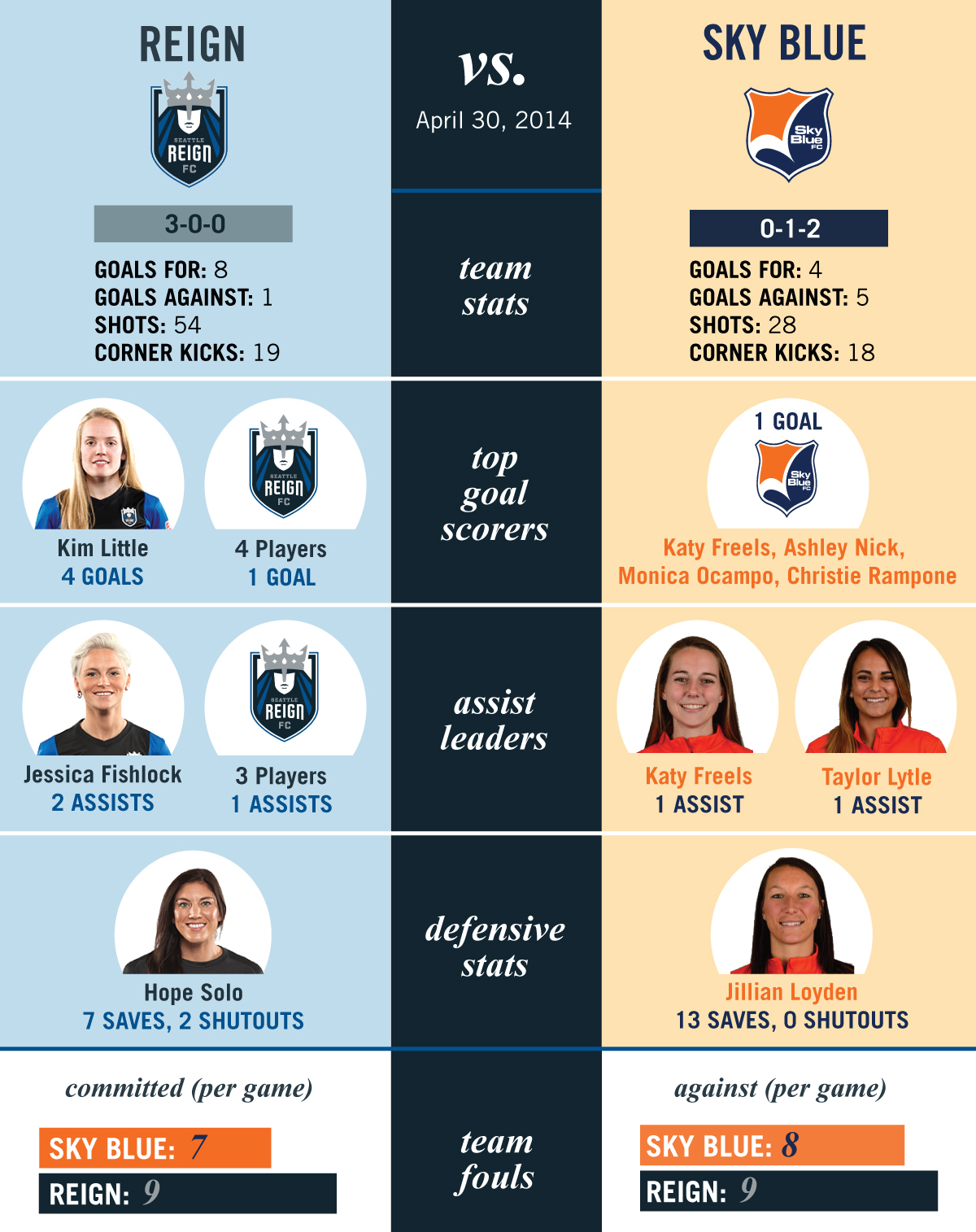 Based on the previous success and no word of any fitness issues, you probably won't see any lineup changes. On the other hand this is the third game in a dense stretch of four in eleven days and the team just traveled across the country, so some rotation (like a Foxhoven start) wouldn't be surprising.

If the team is willing to take homework assignments, getting Sydney Leroux off the schneid would be a good one. She's come close many times, including hitting the post on an open net in the last match. It's telling that the team is cruising without her scoring goals, but if she can go on a streak it could take them to another level.