An announcement is expected next week. Come check out the proposed home of the New York Cosmos, the status of MLS in comparison to America's other sports leagues, and trust that I will not spoil last night's Game of Thrones.

Mere moments after the final whistle blew, Saturday's Cascadia Cup Clash was already being hailed as an all-time MLS classic, and a "gift from the soccer gods". Several records had to be updated in the aftermath, of which Joshua Mayers has a great outline.

Clint Dempsey became the fifth Sounder in MLS history to record a hat trick Saturday afternoon, and his performance of course got pundits wondering whether Dempsey is back on form again. All three goals have been immortalized one after another on Instagram, courtesy of the team. Feel free to watch as many times as you'd like.

You may know Nate Silver as a very smart dude who uses statistics as an indicator for future success. In a recent article, he set out to figure out what the fifth most popular sports league in North America by using Google search term popularity. His answer may not be what you expect, but there are some interesting stats that can be found in his research. First, the Seattle Storm are the most popular WNBA team by his metrics. Second, the Seattle Sounders and LA Galaxy both get more traffic than the Columbus Blue Jackets of the NHL and are right there with the Milwaukee Bucks. Since Nate Silver used a ten-year scale for his assessment, the Galaxy and their monumental signing in 2007 put them out in front as the most popular MLS team. However, if you slide the scale to 2009...

Reports out of Atlanta yesterday claim that Georgia's largest city will be home to the 22nd MLS franchise starting in 2017. Home Depot Founder and Atlanta Falcons owner Arthur Blank has been seeking an MLS team for some time, especially now that he has a shiny new stadium going up next to the location of the Georgia Dome. The stadium is being built for the NFL's Falcons, but like Vancouver's BC Place will have the upper deck tarped over and hidden for MLS play. It is expected to open in 2017, hopefully in time for the yet-to-be-named team to play their inaugural game in front of a full crowd. From everything I've read, it appears unlikely that they will take on the identity of their current NASL team, the Silverbacks. What should the team be called? If Philadelphia didn't have the name already, "Atlanta Union" would be fun in many ways. We should find out for sure in about ten days: The announcement is expected on the 16th.

You may have noticed that the expansion number doesn't really add up with previous announcements. That's because while MLS has come out publicly in support of the efforts of David Beckham in Miami, they have not actually been awarded a team. That won't happen until a stadium deal is locked down, and that looks more and more unlikely as complications arise with the PortMiami location. Maybe bringing LeBron James on board can soften things up for area politicians.

Not to be outdone, Orlando City stayed in the news by announcing that their games will be streamed in Portuguese this year, their last before joining MLS. It will be interesting to see if it will continue after the promotion.

He may have got his players back in time for the big rivalry game, but Caleb Porter didn't come out of last week unscathed. His harsh comments on the state of the refereeing earned him a fine which Merritt Paulson will almost certainly write a blank check for.

Numbers aren't in yet for NBC's weekend broadcast, but numbers are already way up from 2013. The average for their first four broadcasts of the year (209,500) represents nearly a doubling of their audience from early last year (119,250). Even last week's DC-Chicago fixture would have been a ratings bonanza when held up to the first three games NBCSN did a season ago.

In a huge move, the Philadelphia Union have traded Jack McInerney to the Montreal Impact in exchange for Andrew Wenger. Both players were young, though McInerney was more of a Chris Wondolowski "right place, right time" striker versus Wenger's playmaker role. Both were well liked on the teams they played for. Philadelphia is taking the trade pretty poorly.

The Seattle Reign weren't the only NWSL team to update their wardrobe this year: FC Kansas City also got new duds, as well as a kit sponsor.

If you've been reading this space for a few months, something that should be obvious by now is that building a stadium in New York (or DC, or Miami) can be extremely difficult. The Cosmos are waiting on a bidding process for their proposed 25,000 seat stadium near Queens, which would include retail and a park. If they succeeded in building it, their stadium would be significantly larger than all but a few MLS stadiums. It would also intensify rumors of their own promotion to America's top soccer league.

Sir Alex Ferguson is moving from the locker room to the classroom, taking a job as a professor at Harvard. Hold a moment while I sign up for his "Championships 101".

Barcelona's Camp Nou is one of the largest stadiums in world soccer, and it is about to get bigger. The team's members have voted to increase capacity to 105,000.

When the Sounders loaned Eriq Zavaleta to Chivas USA, the agreement included language mandating that he cannot play in games against the Sounders. Arsenal manager Arsene Wenger things that such rules damage the integrity of the league, and would like to see teams get the option of "no strings attached" loans.

Thanks to some recent EPL results and great success at the Championship level, Leicester City and one of the best crests in sports are returning to the Premier League after a decade away. Seriously, look at that fox. 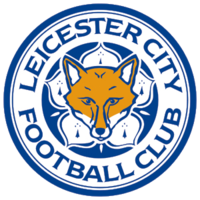 After only 15 months, Tom Sermanni has been let go as coach of the US Women's National Team. His tenure was up and down, with only 2 losses in 24 regular matches, but the team under his leadership set a record for goals allowed in a game. Jill Ellis is the interim head coach.

Sydney Leroux was getting up to a little bit of mischief at Thursday's training session, playing a sport that requires the use of hands and usually ends with someone crying (at least in my experience).