Soccer is booming in the Evergreen State. Here's a brief look at the various teams and leagues that are playing this summer.

The calendar has turned to May, which in America — with our summer-oriented schedule — is the annual soccerpocalypse. MLS is just hitting the quarter-mark, NWSL, USL Pro, and NASL have been going for a month, and the PDL and the W-League are kicking off right now. So I think it's a good time for an overview of the soccer landscape of the Evergreen State. Which, for better or worse, is really the soccer landscape of the Puget Sound area.

I've divided up the teams into divisions somewhat arbitrarily. Since there's no promotion, it's mostly pointless to argue about whether a particular league is the 4th tier or the 5th tier or whatever. So you'll just have to suffer my categories. Also note that attendance averages are for the last full season. With that out of the way,...

Always, now, and forever the 800lb gorilla of Washington State soccer, the Sounders are as high as they've ever been. Born in 1974, they've been through some dry years, but having never missed the MLS playoffs, toying with league attendance records that they set themselves, employing one of the top 5 American players of all time, and currently sitting on top of the league, it's a pretty good time to be a Sounders fan.

The first top division pro women's team in the state (and tied with the Thorns for the first in the Northwest) is also having a pretty good year after a very not good first year. Rebuilding the roster and moving to their own home in Memorial Stadium has given the team a fresh start that they've taken full advantage of, as they're currently on top of the league with an 8 point gap over the team in second.

This category would include both USL Pro and NASL, which are effectively divisions 2 and 3 in the US (there is no corresponding league on the women's side, where the next step below NWSL is the mostly amateur W-League). Washington currently doesn't have any USL Pro or NASL teams and in fact there aren't any teams in the Pacific Northwest. NASL has no West coast teams, with the nearest being Edmonton. The nearest USL Pro team is Sacramento, which is the only team in the league both north of Texas and west of the Mississippi.

Fortunately, that will be changing next season when the Sounders add their (as yet unnamed) Reserve team to USL Pro.

These leagues aren't explicitly for college players to get playing time in summer, but that's mostly what they're used for. There are teams that elect to play some players as semi-pros at the expense of playing any college players (who'd lose their eligibility playing on a team with pros), but they're a small minority.

The Northwest Division of the 64-team PDL includes 2 teams from British Columbia, 2 teams from Oregon, and the remaining 4 from Washington. The Sounders U23s will be the most familiar, with a roster that's heavily reliant on Sounders Academy graduates now in college and still eligible for HGP contracts with the senior Sounders. The team was transformed from the old Tacoma Tide after they were purchased by the same ownership group that owns the Sounders Women.

The Washington Crossfire is the other Seattle-area team, and they have a somewhat awkward relationship with the Sounders. The PDL team is the tip of a large Crossfire academy infrastructure and over the last few years the Sounders Academy has persistently poached some of the better players away from the Crossfire with the promise of a potential pro career with the senior team.

The Puget Sound Gunners FC are the latest incarnation of SeaWolves, who've wandered around various homes in the Puget Sound area over the last few PDL seasons. Now they're based in Issaquah and affiliated with the large and ancient Issaquah Soccer Club, which fields a host of Academy teams as well as an NPSL team.

And last but certainly not least are the Kitsap Pumas, the only team in the division to try to make a go as a pro side. They made the playoffs (and the US Open Cup) in their first 4 years of existence and in 2011 they won the national PDL championship under head coach Pete Fewing 2013 was an off year for the team, as they missed the playoffs for the first time.

The W-League is a close analogue to the PDL on the women's side, so it makes sense that the same ownership group runs the PDL Sounders U23s and the W-League Sounders Women. The Women are the oldest team in the list outside the senior Sounders themselves, having fielded a team since 2001. The pinnacle of the team was likely the 2012 season, when the collapse of WPS freed a large number of US national team players — including Hope Solo, Alex Morgan, Sydney Leroux, and Megan Rapinoe — to join the team, agreeing to play for free to keep the club amateur. Now the team is back to fielding collegiate players, but should still be competitive in the Western Conference in which they are the only Washington State team. They play at Starfire.

Seattle Sporting FC plays at Pop Keeney Stadium in Bothell just north of Lake Washington and is coached by Hugo Alcaraz-Cuellar, who's a bit of a Cascadia soccer legend. He was a dominating USL playmaker and was the Timbers' third all time assist leader before crossing the Maginot Line and joining the Sounders in 2007, winning the USL championship with them in his first year. The team also includes Vini Oliveira, who you may recall as the winner of that televised SuperSearch thing the Sounders did in their first year and was on the senior Sounders roster for a cup of coffee.

Inter United FC plays at Foster High School in Tukwila, just a couple of miles from Starfire. Both Director Nasir Tura and head coach Scott Elston are veterans of local high school soccer coaching. The club promises to focus on grassroots development and providing opportunities for players of diverse backgrounds.

The 74-team WPSL is theoretically a competitor to the W-League, though my impression is that the W-League rosters tend to be a little stronger (at least in this region). The Northwest Division includes three teams in Oregon and three in Washington.

The aforementioned Issaquah SC started fielding a WPSL side in 2012 and have finished in the top 2 in the division and made the playoffs in both of their seasons of play. Last season they were the official reserve team for the Seattle Reign, allowing their players to be called up to Reign matches when needed. They play at Skyline High School.

Last season AC Seattle joined the league as with the explicit goal of fusing Italian and American women's soccer. The roster includes a handful of Italian players supplemented with locals and is coached by Antonio Cincotta, who was a very successful coach in the domestic Italian women's league. In their first year of play they made the playoffs, beating Issaquah in the divisional playoff and moving on to lose to a California team in the regional semifinal. They play home games at Chief Sealth High School and Deldrige Playfield, both in West Seattle.

And this season Fuerza FC starts play. They're also based on a fusion of styles, as they're affiliated with the Instituto Brasileiro de Futebol, which apparently attempts to provide a Brazilian soccer curriculum to clubs and Academies around the world. The club is based in Marysville and will play at Quil Ceda Stadium. 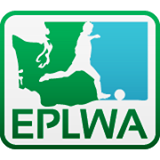 Finally, there's the EPL (no, the other EPL), which begins play this season. It's one of many USASA-affiliated leagues throughout Washington, but it distinguishes itself by being the only statewide league, with teams in both Eastern and Western Washington. Also, one of the clubs has hops in its logo, so...

I won't go into detail on all eight teams. The most local for Seattleites are the Seattle Stars, who play at Starfire. The other in the Puget Sound area are the relatively well-established Hammers of Bellingham United, South Sound FC outside of Tacoma, and Westsound FC in Silverdale. From Eastern Washington there's Wenatchee United, the Spokane Shadow, and Yakima United (of the hopped logo). And finally — dangerously close to Timber-country — is Vancouver Victory FC.

This week the Sounders drew just under 50,000 fans to a single match, which is literally a world-class showing. And while they'll always draw most of the time and attention of local soccer fans, there should be some left over for the lower division teams around the state.

So try to make it to a few more matches this summer outside the Sounders' schedule, whether it be another affiliated club (like the Academies or the U23s or the Women) or the Reign or a local PDL or EPL side or a college team. So we can pass a stronger and deeper soccer culture onto the next generation of fans than the one that we received.