The game in which Seattle Sounders played the Vancouver Whitecaps on a Saturday and both teams scored the same amount of goals which resulted in neither a victory nor a defeat but instead a draw mostly because of a stupid goalkeeping error.

Though much is taken, much abides; and though

We are not now that strength which in old days

Moved earth and heaven; that which we are, we are;

One equal temper of heroic hearts,

Made weak by time and fate, but strong in will

To strive, to seek, to find, and not to yield.

I won't lie. I didn't expect a Seattle Sounders victory on Saturday when they traveled North to play the Vancouver Whitecaps. Given the short-handed lineup Sigi Schmid would be forced to play against a very dangerous, and very fast Whitecaps, I was hoping for a draw, but I prepared myself for the worst.

When I first caught wind that Chad Marshall wouldn't be suiting up, I mentally steeled myself for a potential drubbing. Do 5-0 losses feel as bad when you expect to lose badly? The starting XI featured six players who weren't with Seattle last season in Kenny Cooper, Chad Barrett, Jalil Anibaba, Stefan Frei, Gonzalo Pineda, and Marco Pappa. Needless to say, I was much relieved when Seattle didn't lose, though they could have lost. However, Vancouver must feel that they too could have lost this game. It's a funny game, soccer, in which both teams can feel fortunate to not have lost but also unfortunate to not have won.

As it stands, Seattle is still in first place in MLS, but also in the Cascadia Cup standings. Might this be the year when all games featuring the trio of Seattle, Vancouver, and Portland are all draws? We know how all six matches featuring Portland will end up, so really it's up to the final two between Seattle and Vancouver.

It's a business in the front, party in the back kind of bullet

How about some Fernandez face-kicks to take us home 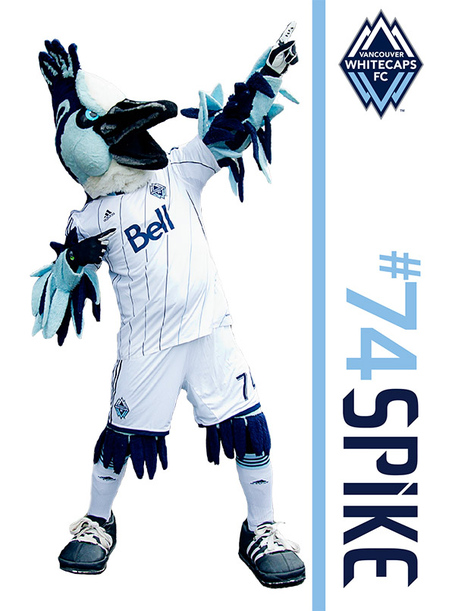 Frankly, my dear, I don't GIF a damn

This is going to be a long day.

I am not impressed.

It's pretty obvious Frei was already thinking about what he'd do after the game.

What a cheeky little goal.

Okay, we each get a point. I'll take it.

This game went better than I expected.