On the other side of the Pond the release of the Brand Finance Football 50 2014 is generating a lot of discussion. Clubs in Europe's biggest leagues carry large amounts of finance cache. Seven are rated at a half-billion dollars or more in "brand value." Twenty-eight clubs are rated at more than $100 million (the equivalent of the NYCFC expansion fee) and 43 have a brand value greater than the $70 million expansion fee that Orlando and Atlanta are reportedly paying. 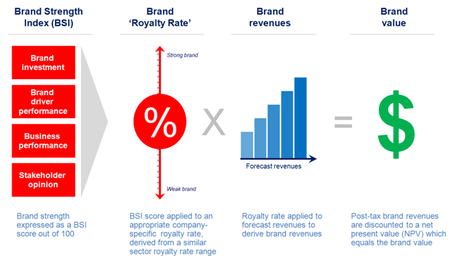 It's kind of wonky even for branding wonks, and it spits out some odd results - like the idea that Seattle Sounders FC has a lower value in 2014 than it did in 2012.

This is kind of odd. Clearly billionaires like to invest in MLS (see the four approved expansion teams, the new 90M$ TV deal, etc). So the league has more value, and it would make sense that its key clubs (LA, Seattle, Toronto, New York, Portland) to also increase in value.

Both Seattle and LA have inked new TV deals since they were in the global top 50. Robbie Keane, Obafemi Martins and Clint Dempsey were added to those two clubs since the 2012 data. Sounders FC continue a partnership with XBox, now the XBoxOne. Their kits sell more than any other club in MLS. Attendance continues to climb to levels beyond a majority of the clubs listed on the 2014 top 50. TV ratings are strong. Seattle has won a MLS Cup Playoff series and beat a Liga MX team since then.

There is little reason to think that a brand partnering with Seattle Sounders FC gets less value from that partnership in 2014 than in 2012. And yet, that's what the data implies. That's rather silly.

Sounders FC clearly has a strong value. It is more likely that Brand Finance just stopped tracking MLS data due to the odd nature of the single-entity league.

Update: If you don't normally read comments, you must read this one. Brand Finance explained why they did not include MLS teams this year.