Kasey Keller has rubbed a lot of Seattle Sounders fans wrong during his two seasons in the broadcast booth, but he surely won a lot of them over again after his little Twitter battle with Portland Timbers owner Merritt Paulson. 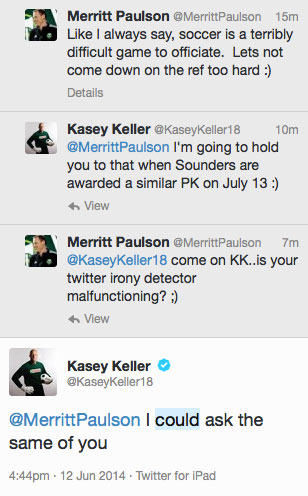 Paulson's original Tweet was probably meant to poke fun at himself after he lost his mind following the Timbers' loss to the Vancouver Whitecaps a couple weeks ago. But nice to see Keller is able to publicly say what was on every Sounders' fan mind, anyway.