DeAndre Yedlin is ready for liftoff

With his move to Tottenham now secure, Yedlin admits a weight has been lifted and he now seems to be playing with a rediscovered freedom.

Share All sharing options for: DeAndre Yedlin is ready for liftoff

TUKWILA, Wash. — DeAndre Yedlin had been giving the Chicago Fire fits all night. One move sent a Fire player tumbling over, reminiscent of something you'd see in an "And1 Mixtape" eliciting an audible "ooooooh" from the Starfire Soccer Stadium crowd. There were numerous crossovers, clever dribbles and feints that drew similar reactions.

Yedlin, at times, seemed to be putting on a show for the fans who had embraced him as he rose from the Sounders Academy to the first team to budding superstar, soon bound for Tottenham Hotspur.

Gonzalo Segares seemed to have had enough of it, though. With the Sounders already leading 4-0 in the 81st minute, the Fire left back lunged in for a tackle and carelessly left his foot in. The foul was called, a yellow card issued and Yedlin writhed around on the turf for a few moments. Lamar Neagle, probably Yedlin's closest friend on the team, traded a few words with Segares as the sides lined up for a free kick.

If Neagle had chosen to lash out, it would have been regrettable but also understandable. The game was, after all, beyond won and Neagle would have been sending a message: This aggression will not stand.

Tottenham Hotspur's signing of Yedlin isn't just a feather in the cap of the Sounders, it may herald a bold new future for the Homegrown Player initiative.

Instead, Yedlin responded in the best possible way. Taking the ball from quick free kick, Yedlin raced down the right sideline, looked up for just a second and sent in a perfect cross that found the head of Kenny Cooper at the back post. Cooper did the only thing you could expect, putting it in the back of the net and providing a perfect exclamation point on one of the most dominating performances in modern U.S. Open Cup history.

It was also a perfect way for Yedlin to put his stamp on the game, probably his best performance of the season. A performance in which he looked every bit like the next great American export, like someone who could become a fixture on the United States national team.

"It's exciting to get back on the field, especially in front of these fans," Yedlin said after the match. 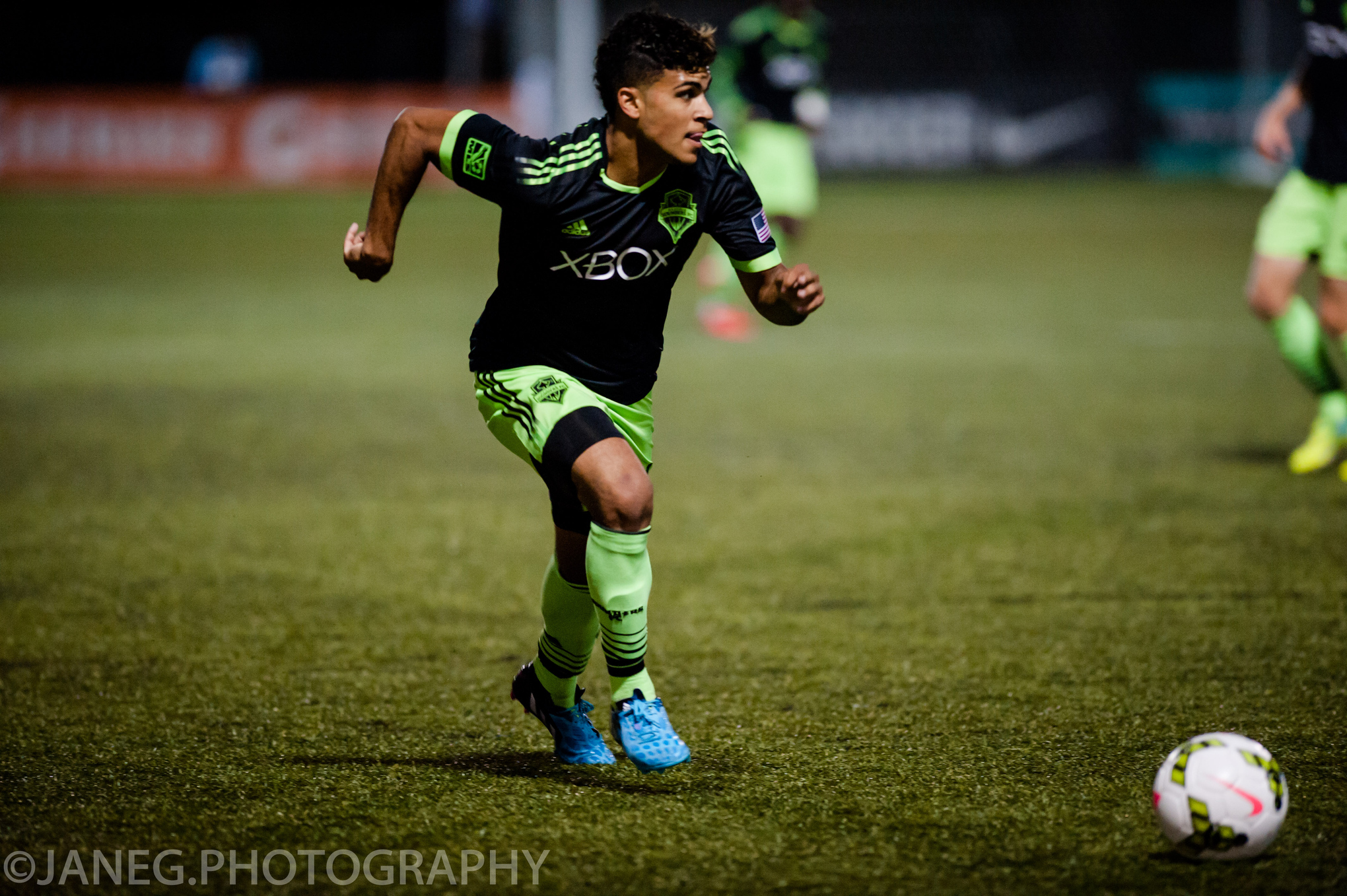 This has been an interesting year for Yedlin, to say the least. Before the MLS season even began, Yedlin earned himself his first call-up to Jurgen Klinsmann's so-called "camp cupcake" and won his first cap, a reserve appearance against South Korea. But that also caused him to miss some early parts of Sounders training camp, valuable time, especially for a 20-year-old with just one year of professional experience.

National-team duty has also caused him to miss six games while he was at the World Cup and Yedlin missed last Sunday's game while still trying to finalize the details on his eventual move to Tottenham. Over the last three months he's flown all around the United States, all around Brazil and made at least two trans-Atlantic flights.

As Yedlin's fame has grown, so too have demands for his time. One morning he's appearing on national talk shows, one evening he'll be playing video games with a fan as part of a sponsorship deal.

"It's refreshing to get it all over with." -DeAndre Yedlin

It's hardly crazy to suggest all of this has helped contribute to a season in which Yedlin has fluctuated between budding superstar and seemingly over-hyped youngster. His performance in Brazil showed the world what he's capable of -- blazing up and down the sideline, delivering dangerous crosses and hounding the likes of Eden Hazard. But there have been many games where Yedlin failed to have any real positive impact.

Although accusations have rained down from around the MLS-observing world that Yedlin is really a winger masquerading as a right back, the Sounders have never wavered from their belief that his world-class potential was as a defender. Coaches see those physical skills, rave about his willingness to learn and seem to say to themselves "we can teach him to defend, he can work on his skills, but that motor needs to be allowed to run."

There have been times when Yedlin seems to be trying a bit too hard, and not letting those gifts take over.

Against the Fire, Yedlin was playing with the kind of freedom rarely seen this year. It was possibly no coincidence.

"It's refreshing to get it all over with," Yedlin said about the Tottenham move. "It's been a lot in the past month and a half. When it started out it was pretty exciting, but as time went on and on not knowing where you're going to be is a little bit stressful. I'm just glad to have it all done and excited that it worked out for all parties, that I can stay here and try to win a Cup, which is ultimately what I wanted to do, and then join them." 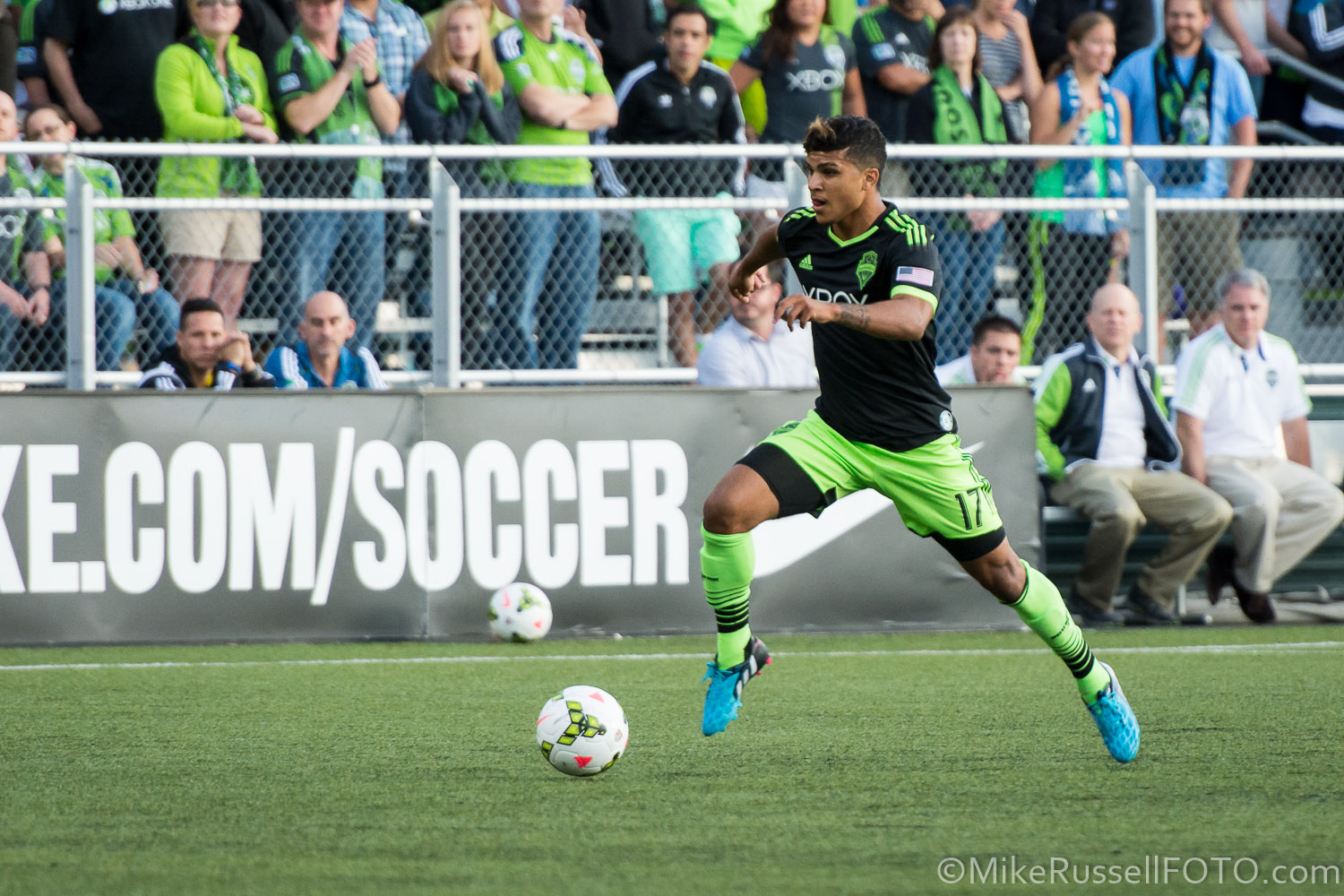 Throughout this saga -- in which Yedlin has been linked to clubs all over Europe -- the Seattle native been steadfast about one thing: He loves his hometown, he loves the Sounders and he wants nothing more to help bring some silverware here.

That sense of loyalty is surely a big reason why the Sounders considered the ability to keep him here through the season to be a "non-negotiable" part of any transfer. The Sounders were willing to let Yedlin go and Yedlin was even excited about a move, but neither was in any hurry.

The European suitors seemed fine with this arrangement, at least in part because none seemed to be in a particular hurry to rush a 21-year-old into their starting lineup.

But their willingness to keep Yedlin in MLS also speaks to their confidence that his growth would not stagnate.

"It's a great reflection that teams in Europe realize that players are developing here and the caliber of competition is very, very good," Sounders head coach Sigi Schmid said. "I think if DeAndre had stayed here and not gone overseas, I think he'd continue to grow and develop. I think the challenge is going to be great, but I think there are a lot of challenges in our league and our league is undervalued to a certain extent.

"If you look at DeAndre and his development, some of the players who have come through our league and that have had our success when they go over, it's because of the competition and experience that they gain playing in our league because it is competitive and you do learn and you do improve and we're at that stage now where we don't have to hide from any league in the world." 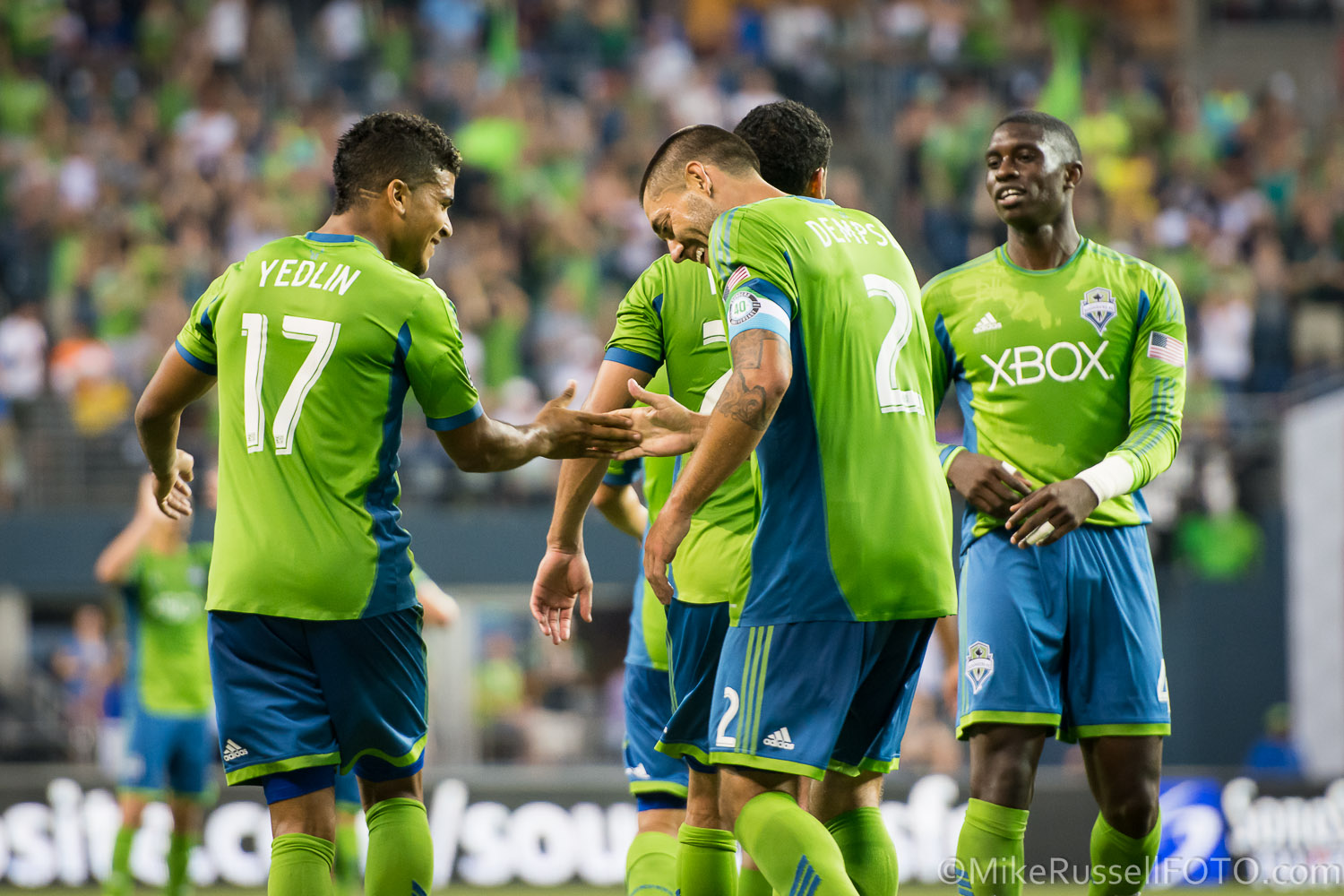 A bright future awaits Yedlin. At some point in the next year or so, he'll move to London, fatten up his bank account and start competing for minutes against some of the best players in the world. It will be as if he's living a dream.

But it is a dream that will be deferred.

In the meantime, Yedlin continues to drive the hand-me-down Subaru with more than 250,000 miles and play the occasional midweek match at a 4,000-seat stadium. He'll also continue to play for his hometown team, eliciting ooohs and ahhhs from more than 40,000 fans on a regular basis while chasing as many as three trophies.

Staying motivated will not be a problem.

"My main focus for the last year has been Seattle," Yedlin said. "I'm just going to continue what I've been doing, my work ethic is not going to go down, nothing. I'm going to put in everything I can. My main goal is to win MLS Cup here and also U.S. Open Cup and we got a step closer today. Nothing is going to change. I'm just excited about the season."