Seattle should be relaxed heading into their last match this season outside the home cooking of Cascadia, as they've already secured the Shield. The scoring race between Kim Little and Amy Rodriguez may be the main attraction.

Share All sharing options for: Reign vs FCKC: Stream and Game Thread

For the first time in a very long time, the Seattle Reign going into a match with nothing concrete to play for. The last time they were in that situation was the end of last season, when — despite a late push powered by Megan Rapinoe — they finished out the last few games eliminated from playoff contention. This season they're in much happier circumstances. In their last match they clinched the NWSL Shield and home field advantage through the playoffs. And 'thanks' to that 1 goal loss in Chicago last month, they don't have an undefeated streak to keep alive.

Now Laura Harvey will be focused on that careful balance between resting your starters (and avoiding injuries) and keeping team chemistry and and momentum up for the playoff run. Today's she'll be striking that balance in what's likely the toughest game on the team's entire season schedule. It was the first game in Kansas City that turned the Reign's 'winning' streak into an 'undefeated' streak when they suffered their first draw in their 7th game of the season. And it set the stage for the season long battle between Amy Rodriguez and Kim Little for the league scoring title. Little has pulled away and leads by 3 goals, but there's time yet for Rodriguez to make a push if Kansas City finishes strong.

It's also comforting to know that this will be the Reign's last match outside of the Pacific Northwest. Of their 3 remaining regular season games after this, two are at home and the finale is in Portland. And of course the playoff games will be at Memorial Stadium.

FCKC doesn't have much more to play for than Seattle. They have a 6 point lead over Washington for 2nd place with 3 games left in the season. So barring a complete collapse and a Spirit undefeated run they're safely in the 2nd spot and their own home playoff game. So more than anything this might be the Little versus Rodriguez show. 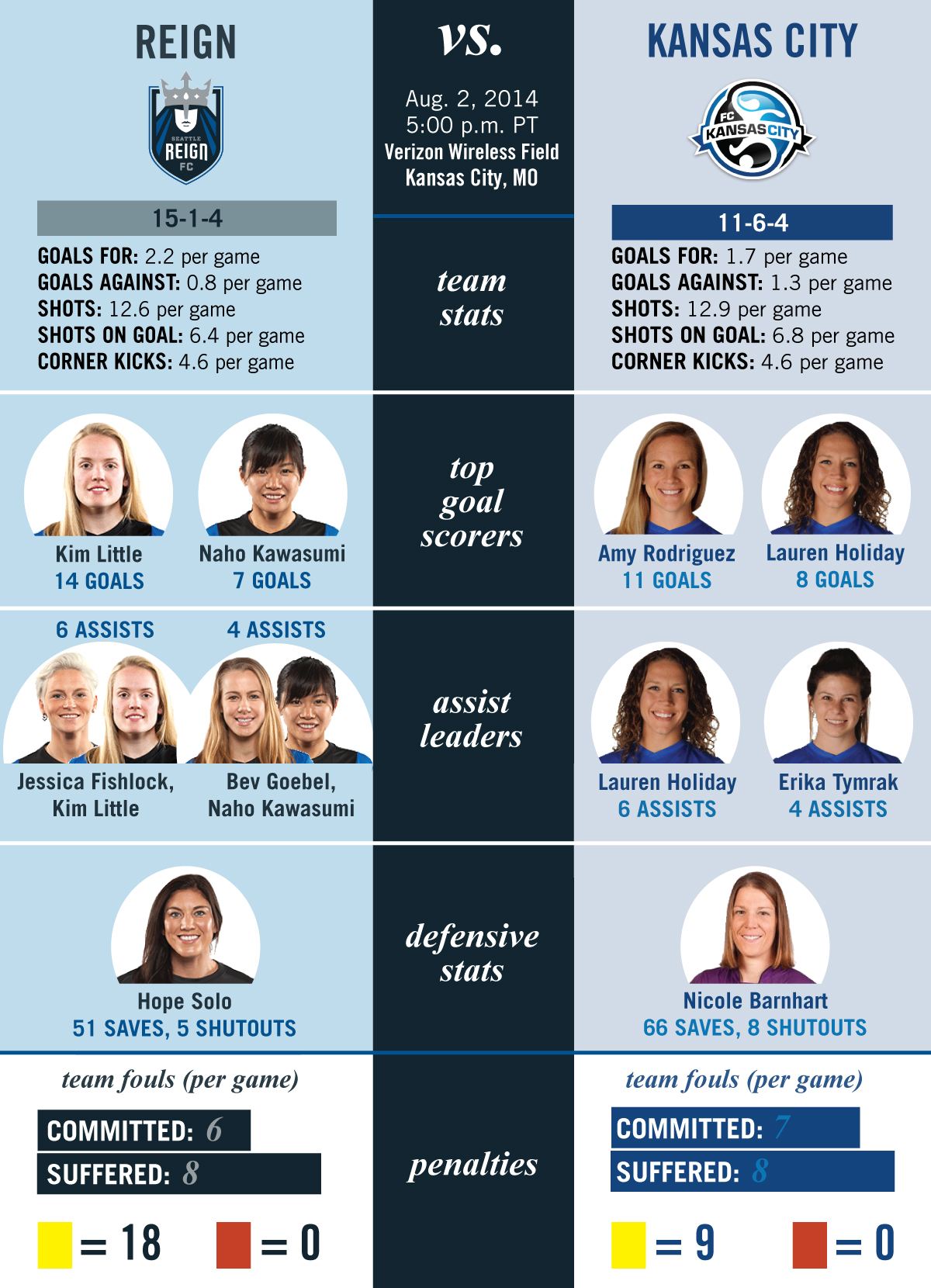