Now that DeAndre Yedlin is the biggest thing in U.S. soccer, it is important to remind everyone that we all knew how great he would become.

No doubt you have already "renewed your rave", but in case you were wondering about any season ticket changes, Don Ruiz with the News Tribune has the breakdown. 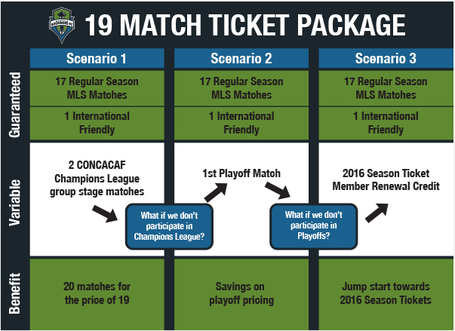 Being a Sounders blog and all, we should probably pay lip service to the year the Sounders had in 1995. Personally, I say let the Mariners have this one year.

The poor Colorado Rapids just keep on getting bad news. The defensive woes are sure to continue after it was announced Drew Moor would miss the rest of the season with a torn ACL.

Need a primer on CONCACF soccer? MLSsoccer.com has you covered.

Arsenal ended up with a tie yesterday, but they tried their darndest to score early.

ESPN entered an agreement with Fox Sports to sublicense some Champions League games for the next four years.

Manchester United are already making moves to bolster the back line after signing Marcos Rojo for £20m.

Pulled straight from reality but seemingly not really, a Liverpool supporter said his "You'll Never Walk Alone" tattoo is what kept him going through a 19-hour, stranded in shark-infested waters ordeal.

Rest of the world

Straight from The Onion, FIFA is going to host a conference on sports ethics.

Soccer, truly the global sport, both on the field and off it.

Take five minutes of your day and listen to this.