Sounders v San Jose - Aftermatch Aftermath: The End is Nigh

Share All sharing options for: Sounders v San Jose - Aftermatch Aftermath: The End is Nigh

Don't you hate it when you're upset about something, or you feel that life has got you down, and some asshole says to you something along the lines of how you shouldn't be upset because it could be so much worse? Well, hold onto your butts, my friends, because things are about to get worse as we look back at the game that was. Much worse.

During this recent stretch of 1 PPG the Seattle Sounders have been performing for our displeasure, the more logical, tactically inclined among us have been preaching that it's not all doom and gloom for our beloved team. "Width," they've advised. "Wait til the best XI are out there," they've proclaimed.

Well, the Sounders went for width against San Jose Earthquakes on Wednesday night. They got width, sure, and they got some shots off, but the average-position maps and shots-taken maps below indicate exactly how that plan worked out for the Sounders. 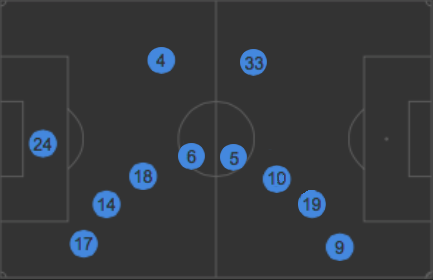 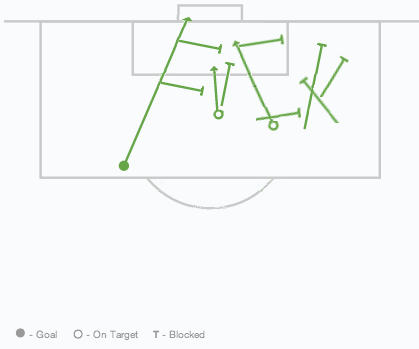 Reality check. The Sounders are in first place. No, it's not a 10 point lead that they had a month or so prior, but they're still in first place. It's not like this team is incapable of being good, it's not like the Sounders are devoid of talent. So there's hope. Clint Dempsey, for as tuckered out as the poor guy is, he almost won the game with a 94th minute header that of course Jon Busch saved.

But what would've happened if Busch didn't save that shot by Dempsey. What if the Sounders scored and won? You see, there are three realities that could've occurred as a result of Wednesday's game.

The Sounders score a stoppage time goal by Captain America Dempsey. Never looking back, the Sounders continue what they started in the first half of the season, steamrolling all comers. They win the US Open Cup, the Supporter's Shield, and eventually the MLS Cup, where the home Seattle crowd rushes CenturyLink Field and carries coaches and players on the shoulders of supporters and fans. This success is infectious. The Mariners win their first ever World Series. Seahawks repeat as Superb Owl victors. Seattle is the city of champions. People forget about basketball and hockey and Soccer is recognized as America's sport.

In the off-season the CBA is changed, the salary cap is abolished for teams not owned by a corporation. The Sounders create a dynasty that is never ending. CCL Championships ensue, followed by Club World Cup trophies. European stars are clamoring for the opportunity to play in front of 67,000 full-throated fans every weekend.

The United States implements a 20-hour work week cap with no pay decrease in conjunction with everything costing exactly 50% cheaper forever. Every company adopts a two-year maternity policy for both mothers and fathers. A two-way wormhole is discovered just past Earth's moon that leads to the perfect vacation world where the local aliens actually grant our wishes with no strings attached. All the while the Sounders keep winning.

Clint Dempsey had his shot saved. Game over. It's a draw. We all freak the fuck out. Life sucks.

Clint Dempsey had his shot saved. Jon Busch releases the ball up the field quickly. Chris Wondolowski brings the ball into the Sounders 18 and blatantly dives. The referee buys it; penalty. On the try, Wondo stops at the ball and fakes a kick. Stefan Frei takes the feint and dives to his right. Seeing the goal wide open due to his illegal fakeout, Wondo moonwalk backheels the ball into the goal and the Earthquakes win 2-1.

In protest to the injustice, Roth, Hanauer, Carey, and Allen all put up their share of the team up for sale. Merritt Paulson buys it all, 100%. MLS shrugs their collective shoulders at one man owning two teams. AEG did it, they rationalize. He poaches all of Seattle's best players for the  Portland Timbers, and populates the rest of the roster with the likes of Steven Lenhart, Michel, Will Johnson, Jackson, etc. He even convinces Jimmy Nielsen to come out of retirement and tend goal.

The new Sounders fucking suck. Bad. And they're assholes too. Nobody shows up at the games anymore. Amazon, recognizing a good situation, buys all the tickets and sells them on their website. With all the massive amounts of profits they somehow get from this, they buy even more of Seattle to build even more offices, hiking up the rent in the city to more than 200% current prices.

The Mariners Mariner the rest of the season away. The Seahawks can't get going because the referees call illegal contact on every damn play.

The Timbers win everything. During the off season they commemorate their success with a traveling friendly series featuring themselves and the San Jose Earthquakes. They find the addresses of every former Sounders Season Ticket Holder and they play on their front lawns. They don't care if they have to play 30,000 games, they'll do it. They tear up your award winning begonias, those roses your wife slaves over. Steve Zakuani tears a hole in your child's kiddy pool. Your kid cries.

Kah gives your kid his jersey, which stops your child's tears. Your kid wears that goddamn jersey everywhere. You can't convince them to stop wearing it. It smells wretched and constantly reminds you of how horrible your soccer life is, Timbers this, Earthquakes that, everywhere you look.

Every player quits the Sounders academy. There is no future. Open auditions are held to even be able to field a team. Nobody shows up. Since there's no relegation, the Sounders qualify for the US Open Cup, with their first matchup being against an amateur team. The Sounders win, their first victory in what seems like years, because who could possibly lose to an amateur team? But Don Garber institutes a new rule where relegation does occur, and within no time the Sounders are themselves an amateur team. Merritt Paulson disbands them. Seattle enters a drought so bad the Puget Sound runs dry. Amazon buys up all the new land and builds broomball fields all over.

There's no Puget Sound any longer, just the Puget Flats. There are no Sounders. Amazon forces every local out of Seattle since it's too expensive to live there if you don't work for them. MLS Cup MVP Osvaldo Alonso and Timbers Captain Brad Evans hug Caleb Porter while they hoist the MLS Cup together.

Watch out, everybody. The Ultras are in town.

Keep calm and get fired up!

Not one of these games again.

Second half. Got a good feeling about this.

Whoa that goal was pleasantly unexpected!

We got you good, fuckers.

Seriously? That's how we let them score?

Hey, Wondo, thanks for finally scoring a sitter.

Ugh! Figure your shit out, Seattle!

Things are getting nervy here. Beads of sweat are on my forehead.

Stop forcing it through the middle!

I thought we were supposed to run away with it this year.

We needed that win.

Alright then. Time to take care of the Timbers.

Sounders v San Jose Earthquakes - Getting back on track