Rosales is a Whitecap, sad face. Tim Howard takes a break. Seattle is better than Portland.

Share All sharing options for: Major Link Soccer: Say it ain't so, Mauro!

It's Cascadia week again, and the Sounders get a chance to ruin the Timbers' weekend in Portland that rural outpost to the South!  I can't think of a better way to start a screaming-hot undefeated streak to end the season than a statement win against a team that pays its players for goals with slices of tree (I've heard that slices of tree are actually legal tender in Portland, but it takes like three to buy a cup of coffee).  A victory would be all the more sweet knowing that some Timbers fans already started lining up and camping out for Sunday's match yesterday.  Yikes.

Feeling a little jealous that you can't buy an iced americano with log slices, or that your job prevents you from camping out with your friends at a stadium?  Well, it's times like these that we should look back upon the Great Posts of Old and peruse a list of 74 undeniable truths.  Dave Clark's 74 reasons Seattle is better than Portland.  Trivia can be fun! (See number 47 for the reason that you don't have to camp out at the stadium).

Matt Pentz at The Seattle Times followed up Wednesday's match by noting that Obafemi Martins was stuck providing the quality service against San Jose, and wasn't getting much of it in return.

Sounder at Heart reader and talented person Hil Storm has created a couple of very cool Seattle Reign graphics and offers links to download and print them for free.  One is a poster featuring Reign stars and the other is a Hope Solo paper dress-up doll, perfect for the young or young-at-heart fan.

I'm very confused by the news that Mauro Rosales was traded to the Vancouver Whitecaps for Nigel Reo-Coker, because last time I checked Mauro was once and always a Sounder, forever and ever.  Seriously, though, it will hurt to see him play for our rivals to the north.  Eighty-six forever reacts with cautious optimism.

It seems that Tim Leiweke will be moving on from Maple Leaf Sports and Entertainment in the near future.  After revitalizing Toronto FC with a couple of pretty huge stars, he is ready to move on to new opportunities.  Relive Leiweke's Canadian antics here with Waking the Red.

The new Crew is coming soon -- October 8th to be exact.  The team has sent out invitations to a special event during which it will reveal a new logo and branding, but apparently not a new name.  Diamonds may or may not be involved.

Jermaine Jones might maybe be going to Chicago Fire, but is that a good idea?

Orlando City fans are getting inked up on the cheap and en masse in anticipation of the club's MLS debut: 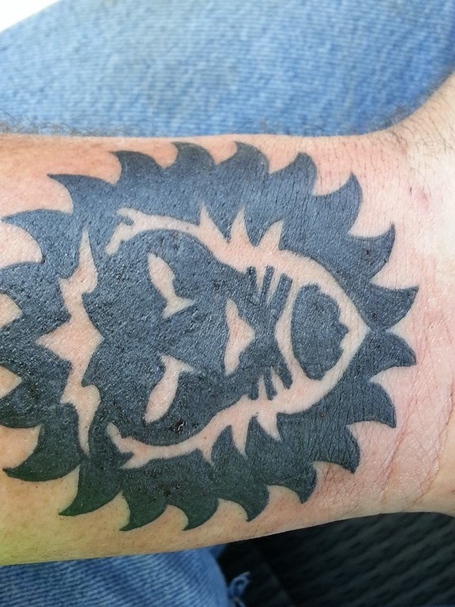 Tim Howard will be taking a one-year hiatus from playing for the USMNT to spend more time with his family.  He'll still play for Everton, but he won't be called up by Klinsmann or play in the Gold Cup.  Timmie says he looks forward to coming back next fall and "competing for a spot."

One more time, for Mauro: