Sunday hosted a game in which the Sounders pasted the Timbers 4-2. The scoreline doesn't accurately portray how thoroughly Seattle dismantled Portland. Included were flips, ballerina dances, and a lot of whinging from Timbers players and staff.

On Sunday, the Seattle Sounders traveled south to visit the Portland Timbers amongst the natural habitat of feral cats and the Napoleon Complex. But the result, though fated in the stars, seemingly flew in the face of the past run of form for the Sounders, who'd lost 4 of their last 6 MLS matches. The only rationale I could come up with this sudden return to form comes from a rumored conversation that occurred late June.

Following their victory against DC United at the end of June, Seattle Sounders general manager Adrian Hanauer and head coach Sigi Schmid were in Hanauer's office discussing the previous game, the incoming arrivals of Clint Dempsey and Deandre Yedlin, the start of the US Open Cup tournament, and the upcoming opening of the summer transfer window. The door opened with a simultaneous knock. In walked MLS Commissioner Don Garber.

AH: Don, what a surprise!

DG: [stands motionless, hands out to his sides, palms up. He slowly nods as he grins]

AH: To what do we owe the pleasure, Don?

DG: That's like, a totally legit question, glad you asked.

DG: [Sits] I'm gonna cut to the chase, Adrian. You see, you're winning too much.

DG: Apology accepted. You see, it's not good for the league, what with your 10 point lead, parity, all that jazz.

AH: We're not cheating or anything, if that's what you're insinuating.

AH: So then what's the problem?

DG: Well, you see... [Brad Evans walks past the door] wait, was that Brad Evans?

DG: [Gets up and goes to the door]

BE: Good too. [Opens a door in the hallway, goes in, and closes the door]

DG: Anyway, I need you to lose.

AH: Why? We're on a record setting pace. We could win the Treble this season.

DG: Yeah, no, you need to lose. Starting this coming game against Vancouver.

AH: And what, we're supposed to lose the rest of the games this season?

DG: Don't be ridiculous. That's stupid of you to even suggest that.

AH: Oh yes, how melodramatic of me to suggest that we purposefully lose games.

DG: We'll allow you to win against Portland. And in the US Open Cup.

DG: You just need to make things sporting for the rest of the season.

MH: [Marcus Hahnemann bursts into the room, shotguns a can of PBR, and crushes the can on his forehead] Raarrgh!

AH: He does that from time to time.

DG: So yeah, I dunno, maybe lose a few of your games, definitely against LA and RSL though, they need to be in the running at the end of the season.

AH: That's not fair to Seattle, Don, and you know it.

DG: Well, it's not fair to everybody else that you're gonna lock up the Supporter's Shield before September. Do you want me to take Dempsey away and give him to Portland? Because I can.

DG: Don't worry, starting with the second Portland game in Portland, you can go back to blowing out teams for the rest of the season. It's all for the greater good.

The win propels Seattle to the top of the league, again, and seemed reminiscent of the pre-World Cup Sounders where their offense was able to run rampant on the rest of the league. We can all rest assured now that not only do we root for the first place team, but they're also class acts willing to lose a few games for the sake of the league. True gentlemen.

In lieu of GIFS and as a result of this pleasurable game, I've assembled some images of various Timbers in their more natural state. Enjoy. 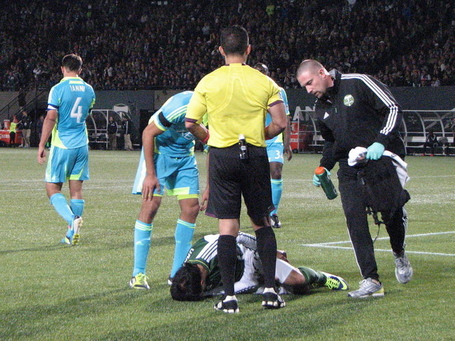 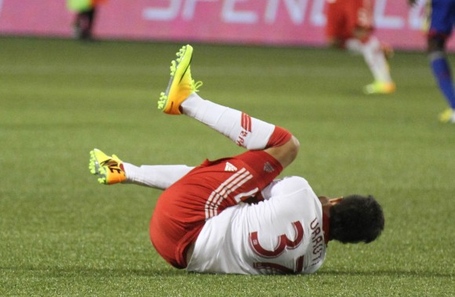 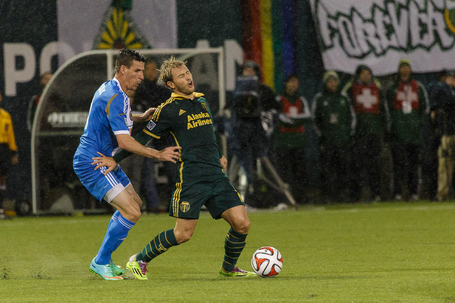 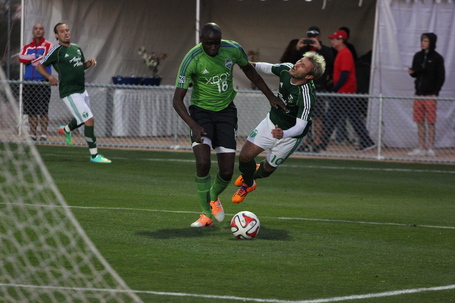 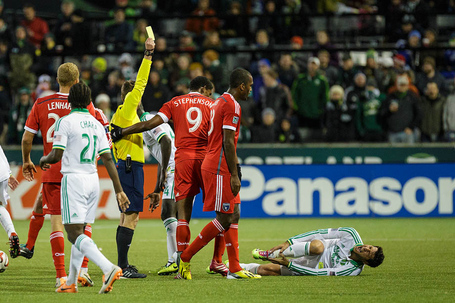 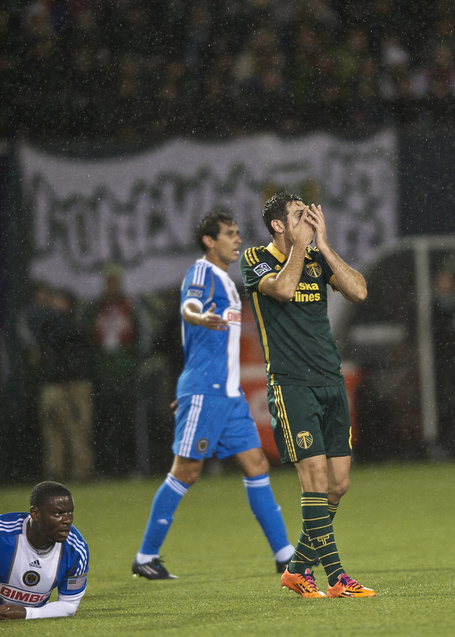 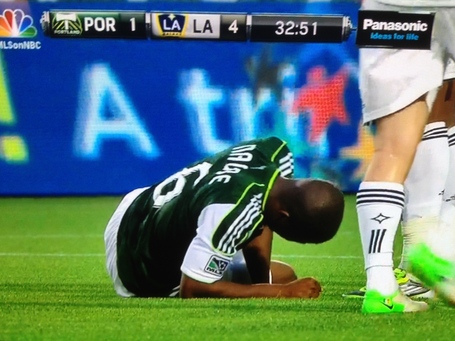 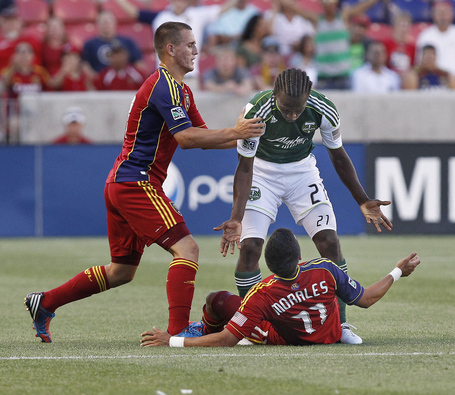 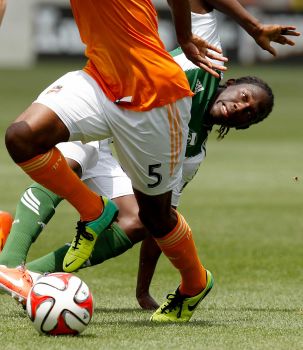 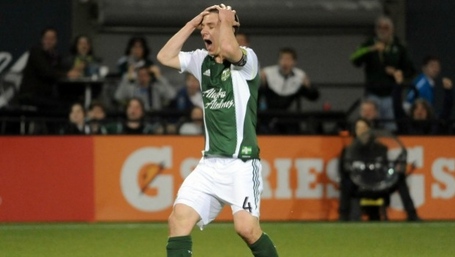 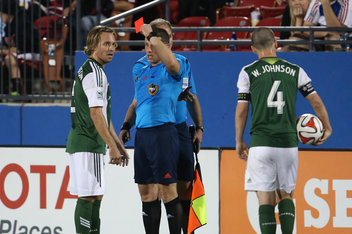 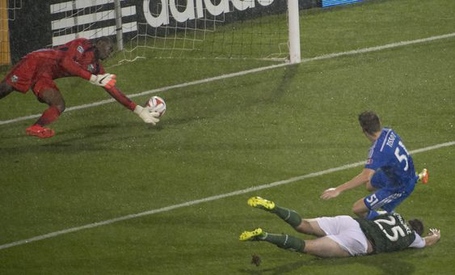 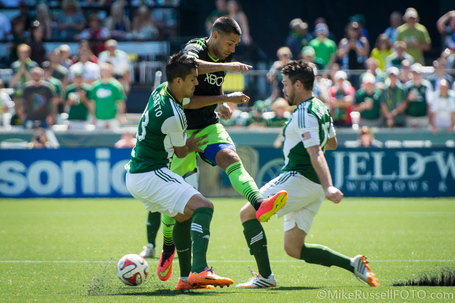 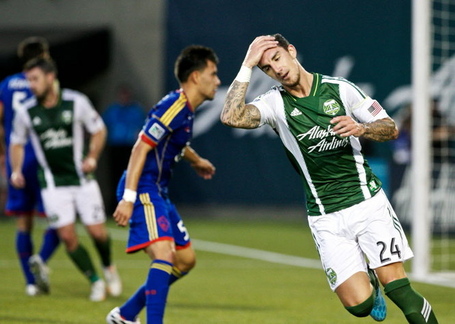 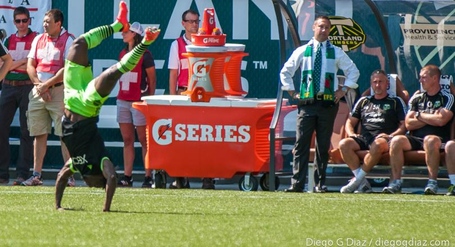 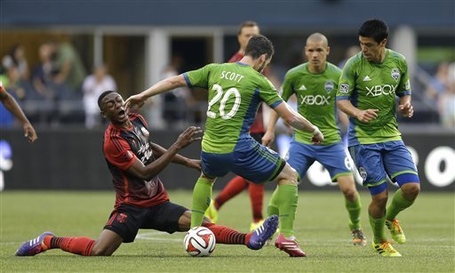 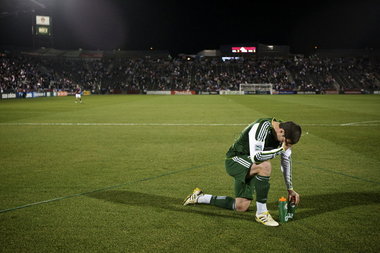 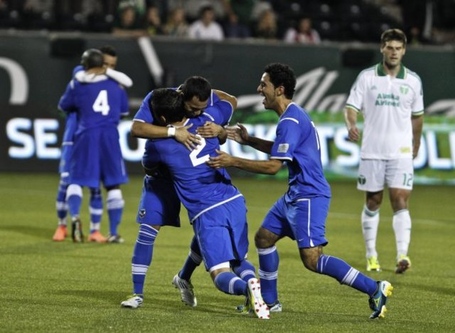 If you have other images that properly convey your feelings regarding this game, feel free to post in the comments whatever images you'd like in celebrating the Sounders victory over the Timbers.