Las Vegas wants a team as LA continue to roll.

The MLS power rankings from ESPN and SI have Dallas, LA, and D.C. United trending upward which makes sense. But I can't get down with this site dropping the Sounders from 3rd to 4th after the win in Portland.

The power rankings might see another shakeup next week as LA dominated D.C. United in a midweek fixture. The Galaxy now sit just two points behind the Sounders in the Supporters Shield Standings after a three game win streak. The Sounders and Galaxy play each other twice in the last week of the season.

There are several cities positioning themselves for an MLS team, including Las Vegas. 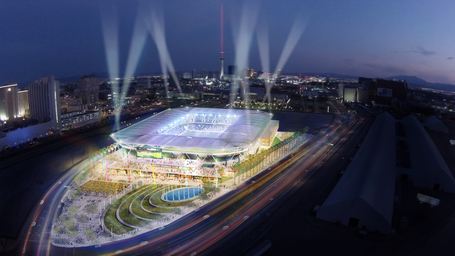 In case you missed the earlier posts, Laura Harvey was named Coach of the Year and the league has decided to shorten next season in anticipation of the World Cup.

Call me old fashioned, but timeouts during play seem like an awful idea. One prominent coach in Europe disagrees with me.

BREAKING: Angel Di Maria has completed his move to #mufc for a British record fee of £59.7m. #WelcomeDiMaria pic.twitter.com/ySiDmJM0gD

Good news for Arsenal is that they are through to the Champions League group stage along with Athletic Bilbao, Leverkusen, and Malmo. Bad news is that they need a striker.

Tim Ream and Eric Lichaj each spent time at left back. Check out the rest of the Americans Abroad.