Love it or hate it, hard not to miss a distinct lack of shale.

Share All sharing options for: New Sounders-themed MLS logo is missing a color

Major League Soccer unveiled its new crest on Thursday. Or, more accurately, it unveiled 22 new crests as each of the 21 -- for now -- teams will have their own themed version.

This decision is certainly a break from the standard, and is meant to emphasize the unique nature of each club. Putting aside the potentially ridiculous nature of the claim in a single-entity league, it's worth taking some time to look at how this manifested itself in the Sounders-themed version.

The thing that jumps out right away is that while the formal Sounders logo contains four colors -- if we include white -- the MLS version only has three. That the missing color is shale, as opposed to blue, is interesting and potentially telling. Ever since 2010, blue has been almost completely absent from the Sounders' shirts. It's shown up as an accent color and the color of the primary shorts and socks, but shale was the dominant secondary color in each of the past two iterations of the full kit.

Of course, it's also entirely possible that whoever designed these simply went with the simplest design. There's speculation that each team will have the ability to add various elements to their MLS logo and simple is probably better in that sense. 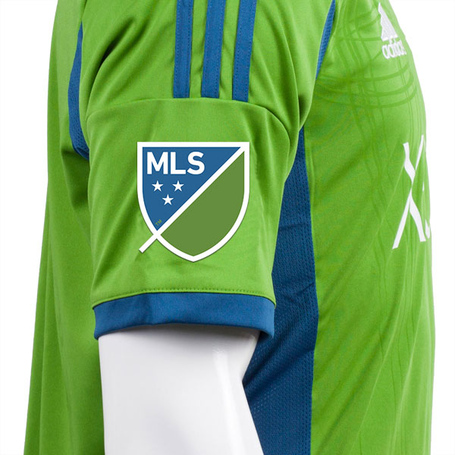