12 Teams Enter. One Team Leaves. Which Team will be that Team? This will be your definitive guide to the 2015 Audi MLS Cup Playoffs.

Share All sharing options for: Which Horror villain best represents each playoff team?

And Canada? Holy shit, we actually have Canadian teams in the 2015 Audi MLS Cup Playoffs. Wait, wait, we have three Canadian teams this year? Did they start playing their home games on ice or something? Cheap jokes out of the way, this year the playoff format has changed because who doesn't love a playoff systems that's constantly in flux from year to year. It looks very similar to the system the NFL currently uses, with seeds 3-6 facing off in a play-in match in order to earn the rights to battle the top two seeds who get a bye into the conference semifinals.

But surely you know all about the playoffs already. You're reading Sounder at Heart so you're assuredly intelligent, attractive, and you've never met a dog that didn't instantly love you. What you really want is what I promised you: a prediction to this year's playoffs. So let's get started, shall we?

With Halloween falling squarely between the knockout rounds and conference semifinals, it only seems to make sense to honor All Hallows' Eve with an homage to our heroes of horror. Assigning each team a villain allows me the opportunity to really take the incidentals surrounding each team out of the equation and really get down to the nitty-gritty, a mano e mano slugfest set under the confines of the Thunderdome: one team leaves.

FC Dallas - The Leprechaun from Leprechaun
Congratulations go out to FC Dallas for not collapsing yet into the season. Though they don't inspire fear in others, we'll still watch them with a morbid curiosity until we realize just how silly and inane they are.

Vancouver Whitecaps - The Fisherman from I Know What You Did Last Summer
There's really not a lot here with the Fisherman, just steady, unspectacular, and forgetful. If you would have told me that Vancouver Whitecaps finished 2nd in the West I would've said something clever like, "vanWHOver WHATcaps?" Exactly.

Portland Timbers - Chucky from Child's Play
Napoleonic Complex, Little-Man Syndrome, I dunno what you wanna call it but the Portland Timbers have it. Everybody thinks they're entertainingly silly while they toe the line between satire and ridiculousness, but then you realize that they take themselves very, very seriously and it just gets sad.

Seattle Sounders - Freddy Krueger from A Nightmare on Elm Street
One, two, Seattle's coming for you.
Three, four, Better lock your door
Five, six, grab a crucifix.
Seven, eight, Ya better stay awake.
Nine, ten, Seattle's back again.
Haunting your nightmares? Check. Clever and cheeky? Check. Known all the world over for their awesomeness? Check and check. This pairing fits so perfectly I feel silly even pointing it out to you. Appearing when you're at your weakest and toying with you like an orca does with his favorite seal, the Sounders play for fun and they play for keeps.

Sporting KC - The Gingerdead Man from The Gingerdead Man
Yeeeeah, about this. Sporting KC is what happens when you put people in charge of creating something without thinking of the consumers. They might be a money laundering scheme, I dunno. But what I do know is that they look as menacing as a freshly baked gingerbread man.

New York Red Bulls - A Hand from Idle Hands
What good are hands these days? Sure, they are steady contributors to comings and goings, pretty important and everything, but they're also responsible for thumbs up, high fives, pats on the back, it's all pretty self-flagellating if you ask me.

Columbus Crew - Trees from The Happening 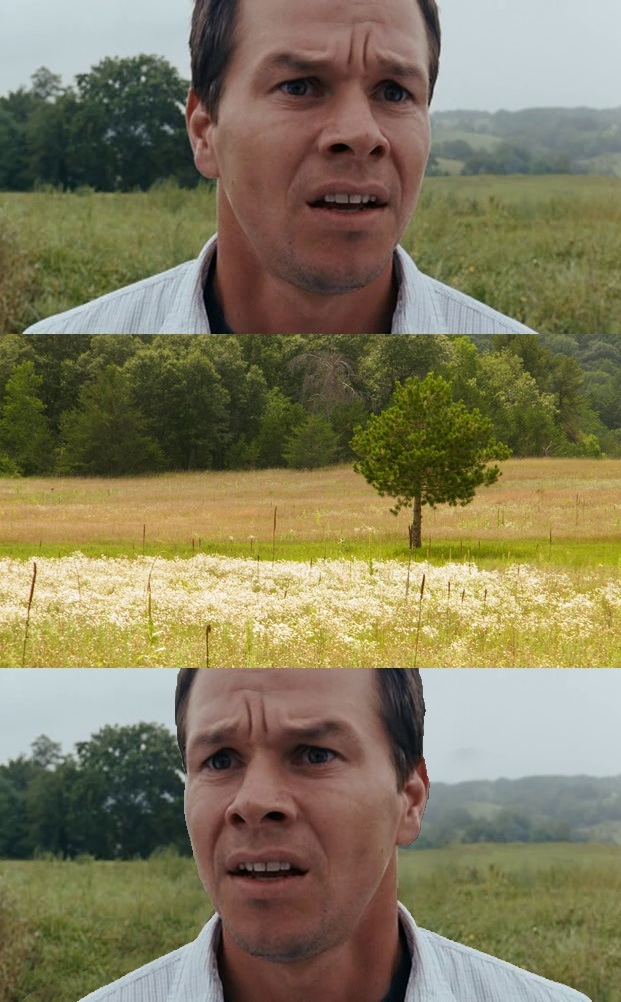 Oh no, trees! Spooky scary! If I lived in Columbus I'd want to lay in front of a lawnmower too.

L'Impact de Montréal - Stay Puft Marshmallow Man from Ghostbusters
Un non-entité jusqu'à la fin, de Montréal et le Stay Puft Marshmallow Man ont des parallèles évidents. Sont également inclus dans cette brève analyse est que les deux explosent dans les collations sucrées, donc je suis impatient de cela.
DC United - Killer Tomatoes from Attack of the Killer Tomatoes!
DC United is practically a satire on its former glory nowadays. So they might as well ham it up and run with it. Avoiding it just leads to a future of bottled emotions and angst. Nobody likes angsty tomatoes.
New England Revolution - That Weird Worm Thing from Dreamcatcher
What do you get from a team that's not even close to scary but instead is just insipid, asinine, and a let-down to not only their mothers but everybody else involved? This riddle is wicked hard so I'll give you a hint: it rhymes with a Few Tingling Evolution. I really got nothing for this, but it'd be a party foul of me to use another team here while that New Kid on the Block is wearing a Red Sox jacket.
Toronto FC - Jack Frost from Jack Frost
Yeah, I thought it was a joke when I saw Toronto made the playoffs. We all did. But it's real, just like a snowman being a horror movie villain. It's uhh, yeah.

This one seems like it'd be a pretty fair fight. One nightmare-haunting spectre versus a whole crew of alien klowns who kill, but you'd be wrong. Unless the klowns are robots (they're not), they need to sleep, and when they sleep they dream, and when they dream, they die. Winner: Freddy Krueger.
One short, plastic, joke of a villain versus another short, plastic, joke of a villain. One is a children's doll and the other is a cookie, both are inhabited by former humans who were also serial killers. This game might go on forever, so it all comes down to stamina. Since plastic takes longer to biodegrade than baked goods, I think this outcome is obvious. Winner: Chucky.
I mean, the obvious answer is that That Weird Worm Thing would totally just demolish, and probably consume, all those killer tomatoes, but the tomatoes have numbers on their side and a cunning awareness of how stupid they are, as opposed to That Weird Worm Thing who had no idea they were so ridiculous. I'll take self-awareness and a gang-mentality over an egotistical entity that lacks awareness. Winner: Killer Tomatoes.
One is an enormous, sentient creature made of a series of white circles while the other is a not-as-enormous sentient creature made of a series of white circles. The difference is that one is made of sugar while the other is made of snow. I think the overwhelming mass of sugar would be able to last longer than the smaller mass of snow. Winner: Stay Puft Marshmallow Man.

Both are horribly disfigured and both are diminutive in stature and scares. Oh wait, only The Leprechaun is diminutive in stature and scares? And Freddy Krueger is scary as shit and has knives for fingers? Well, when you put it that way. Winner: Freddy Krueger.
One relies on exhaustion predation and a fish hook thing while the other relies on snappy one-liners and a knife. I legitimately think The Fisherman could just boot-kick Chucky into submission, while the little toy could only hack and slash in futility at those sturdy hip waders. Winner: The Fisherman.
Hmm, one on hand you've got A Hand that's in control of itself. On the other hand you've got loads of Killer Tomatoes which completely lack appendages. Surely A Hand could just squish a few of those Killer Tomatoes, but one bit and A Hand would recoil, allowing even more villainous tomatoes to worm their way in for the killer. Winner: Killer Tomatoes.
One is an 112.5 foot ghost-powered and unnecessarily pissed off marshmallow while the other is a tree. A flippin' tree. Yeah. Winner: Stay Puft Marshmallow Man.

So we're down to the final two. One's an animated sugar mascot, the other is a honed villain meant to haunt your thoughts and fears. "But the Stay Puft Marshmallow Man doesn't dream," someone shouts. Are we absolutely certain of this fact? We don't really know about the nocturnal patterns of the Stay Puft Marshmallow Man, but let's put that aside for a second. Freddy Krueger can appear in the real world, but that means he can be defeated. However, he can come back from hell if there's enough fear in the area, fear which the Stay Puft Marshmallow Man would surely elicit. It's somewhat of a stalemate. However, this Finals is being played in Freddy Krueger's backyard, which means it'll be in a dream, which means Krueger would absolutely annihilate our pillowy friend. Winner: Freddy Krueger.