With S2 joining the Seattle Sounders' system the Depth Chart now reflects those additions. Since about half the roster are players from the first team and in many ways S2 and the 1st team are behaving as one team all professionals are listed on the same depth chart.

That is one of several changes in how the chart looks. All centerbacks were lumped together to make it a bit more clear that for Sigi Schmid (as opposed to Jurgen Klinsmann) the L/R nature of CBs is fairly variable. The Depth Chart also lists various roster statuses with a salary cap impact and the overall number of roster slots and international slots available to the 1st team.

Kenny Cooper is not listed on the chart, as he's probably heading to Montreal and certainly not in the future plans of the organization. Other significant changes from the mid-draft Depth Chart include the rise of youngsters (Mansaray, Rose, Roldan) and the shift of Brad Evans to a centerback rather than midfielder. Correa is not in italics as rating Colombian pro soccer versus MLS is difficult.

Overall, the roster is older and younger than previous seasons. The number of players neither in the developmental nor peak era (call that pre-peak and 23-26) is just one - Andy Rose. A full 10 first team players are 23 and under. Another 15 are 27 and older. If peak is roughly 27-29 than Seattle has seven in that group, of which five start. Six are "the wrong side of 30." Again, mostly starters with Perkins and Scott being the bench players.

It's an odd roster structure amplified by an organization that is using its "2" as part of the same team. 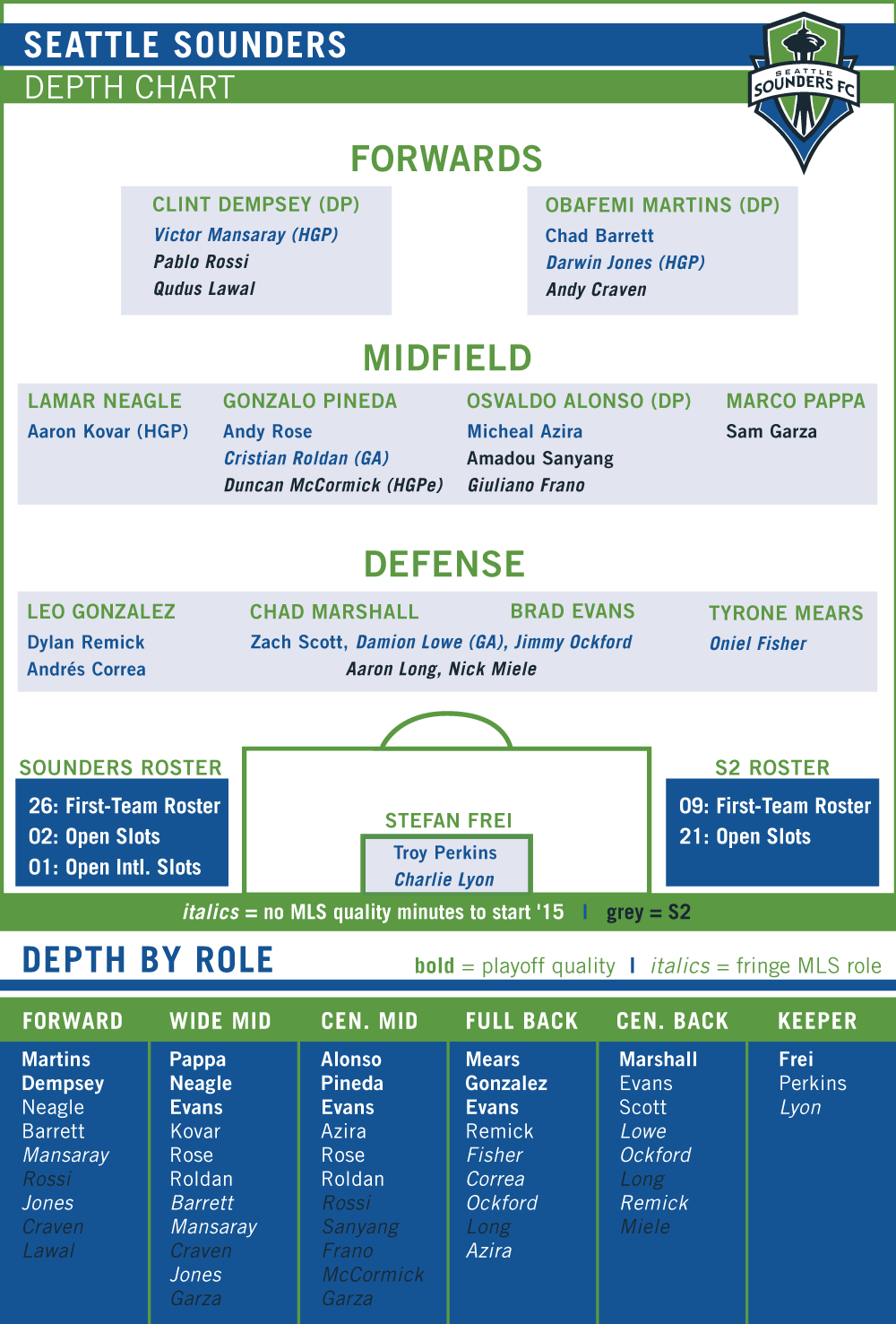 The Future continues to look bright. Clearly Jordan Morris is the keynote, but there are others that should be at the front of mind. IPH and Hanson nearly made (and may make before the end of the year) S2. Lim, French and Kerawala are all current Academy players that are also registered as S2 players per the USL's amateur Academy rules.