Instead of doing the robot or backflipping, after scoring the game winning goal against Portland Timbers, Clint Dempsey pulled out a celebration full of intrigue.

Share All sharing options for: An analysis of Dempsey's game-winning goal celebration

Sunday's match against the Portland Timbers saw Seattle Sounders forward Clint Dempsey score another goal against his rivals, this time a match winner. He, along with the rest of Sounders fans, celebrated. Though while you and I were waving our arms around wildly, Dempsey performed a calculated move that has befuddled the great minds humanity has to offer.

After Dempsey scores his momentum takes him into the net, which he deftly maneuvers out of by wrapping his right hand around the post and propelling himself around and out of the goal. Immediately following, he runs to the sideline and employs a standard "We're No. 1" celebration. It could be a giant foam finger he's carrying, as the form is so similar, but it's not, it's his actual hand.

But once he gets to the edge of the 6-yard box, his form changes. Dempsey plugs his nose and puffs out his cheeks. We'll get to the importance of this later. Following this momentary display, Clint does the move that has us all confused: he puts his finger straight under his nose. Go 2:42 in the following video.

It seems like the Nose Plug was a ruse and the Finger Under the Nose, or FUN as we will refer to now, was the true intended celebration. It's a bit sloppy, if we're being critical, whether it was a celebratory fake-out or a moment of indecision, but once Dempsey committed, he was in it for the long haul. He temporarily ended the FUN in order to do his standard jump and pose that he does so well, but upon completion continued the FUN, all the while being mobbed by jubilant teammates.

So now that we've established the actual celebration, we're left with one simple question: What does it mean?

Long answer: There's a chance the FUN (finger under nose) was meant to indicate Dempsey is a cartoony villain with a cartoony mustache. This is a picture of what one of those would look like: 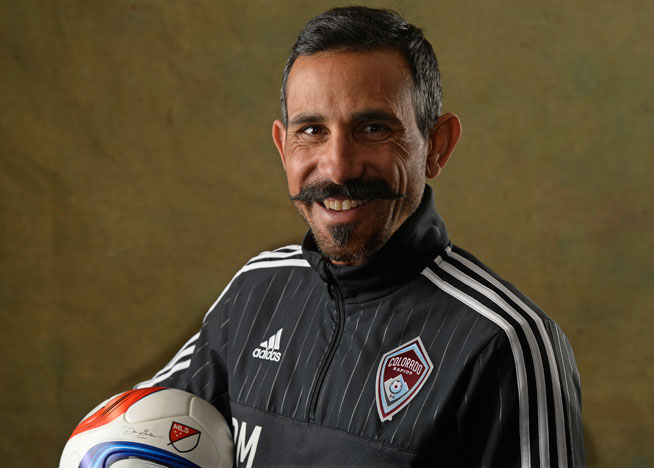 So was Dempsey attempting to be the foil to the Timbers? The arch-nemesis that constantly thwarts Portland's plans? One would surmise that yes, that's exactly what it would be, since this celebration has been seen before by others with that exact intention. 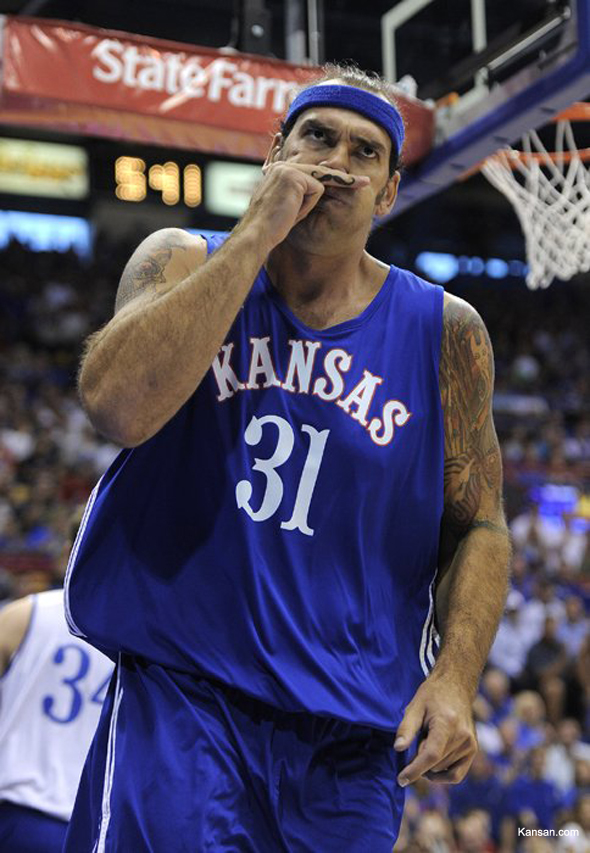 Compare that image of Kansas basketball player Scot Pollard what we've seen from the videos above and it would stand to reason that Clint Dempsey was indeed imitating a mustache with his FUN celebration.

But what about that nose-plug he did earlier? Could that just be step one of a two-part celebration? Maybe it conveys an overall message that Portland stinks, or maybe that after 75 minutes of a grueling match, Nat Borchers beard is particularly pungent and odoriferous. What other nefarious meanings could be inferred from this act?

The true meaning behind Clint Dempsey's kaleidoscopic celebration is a mystery that is bound to be lost in time, unsolved, perhaps dusted up by a future civilization and analyzed by pundits. As it is, whether he's a villain, whether he thinks Portland smells, or whether he keeps forgetting the right buttons for his favorite FIFA 15 celebration, I'm glad Dempsey is doing these for Seattle and not the other way around.