So, About This Updated Seattle Reign Roster

It's Laura Harvey's sandbox — and oh my word, the toys she has.

Share All sharing options for: So, About This Updated Seattle Reign Roster

Whenever the Seattle Reign FC announces a new player signing, fans feel like it is Christmas Day. That is the excitement head coach and general manager Laura Harvey has brought to us ever since the offseason into the 2014 season, where she virtually remade the entire squad from the inaugural roster.

Fast forward to last week's announcement, where Japan international Nahomi Kawasumi confirmed she is returning on a full transfer and with it, yes, we are officially on "Naho Watch." But the bigger picture is what the 2016 Seattle Reign FC lineup looks like the rest of the way.

This is where we come in and have some — okay A LOT — of fun with the toys in the sandbox.

The exploration of what the starting lineup could be the rest of the way factors in the eventual returns of Manon Melis and Megan Rapinoe from injuries. After the victory against Houston Dash last week, Harvey said Manon was a couple weeks away from return. This could be next weekend on the road against FC Kansas City. Regarding Rapinoe, Harvey expects her to be ready for Rio, but she likely won't play for Seattle prior to the Olympics.

Aside from Rapinoe, the Reign will just lose goalkeeper Hope Solo to the Olympics, though no one need worry, because last year with the World Cup, we saw Haley Kopmeyer start in place, and that worked out pretty well, right? What other team in NWSL can say they have a backup goalkeeper that really is a surefire starter for just about any other team in the league?

It's when the Olympics are done that we could have a full strength, fully healthy Seattle Reign FC, and my that array of talent Laura Harvey will have is almost absurd.

Megan Rapinoe, Beverly Yanez, Merritt Mathias, Manon Melis, and Nahomi Kawasumi. Those are your outright forward/winger options for Seattle. Any combination of those three could be an absolute nightmare on defenses. Then there's the likes of Havana Solaun and Kiersten Dallstream, who are always hungry to contribute when called upon. It's this nearly obscene amount of talent that gives Harvey a lot more flexibility and likely not having to rely on the same starting front line week in and week out like she's done in years past.

You can start Melis if the opposing defense is slow. You can roll out Mathias if the opposing defense can be exploited using her brute strength. Can you imagine how much of a highlight reel of flair a Rapinoe/Yanez/Naho trio can do? It would be the soccer equivalent of an AND1 mixtape. Or how bad defenses are left in the dust when Melis/Rapinoe/Mathias are on the field? This is the flexibility that will determine who starts up top the rest of the way.

The Addition of Rumi Utsugi

The intrigue of Rumi Utsugi and where she fits in will be something to watch. Not saying it's completely impossible, but it is hard to envision any change to the War Rig that is the midfield of Kim Little, Keelin Winters, and Jess Fishlock outside of a need for rest — or heaven forbid an injury. But if those three are there, where does Rumi go?

"Utsugi as a left back (or maybe she can play right back)," is what Susie Rantz suggested, and you know what, that's not a bad idea at all. The idea of putting Utsugi at either position isn't an indictment on the efforts Carson Pickett, Elli Reed, and Lauren Barnes have put in. The upside of Pickett is evident, but the growing pains of being a rookie have been showing, and that's expected. It might sound crazy to say Barnes hasn't "looked good" so far this season, you do have to remind yourself that if we're comparing it to her Best XI form of last season as a centerback. Yeah, that's a rather high standard to hold her up to, given nine weeks does not define a season.

Maybe with Utsugi, Seattle shifts to just a trio in the back of Rachel Corsie, Kendall Fletcher, and Lauren Barnes. Or just what if Utsugi is in the midfield with Winters and Little and you put Fishlock up top, because why not put the platinum blonde rock n' rolla and turn her loose with some shots on goal? Like with the array of options up top, the addition of Utsugi offers some flexibility. Leave it to Laura Harvey to experiment with any of these options, and it would work exactly like how her mad scientist self envisioned it. Not that we would be trying to take any credit for it, but if we're thinking about it, surely a thought or two has crossed her mind.

Certainly the moves Laura Harvey made as of late once again have made waves. Or more bluntly, broke WoSo, again. When the league announced that FIFA approved their advancing the transfer window, it wasn't so much to accommodate France international Amadine Henry's arrival to the Portland Thorns, because we've known since the start of 2016 that was happening. The intrigue of the window advancing was to ask aloud, "Who else in the league is taking advantage of this?" We should not be surprised, but yet still were, that Laura Harvey did it and brought back a fan favorite and Best XI impact player.

Nahomi Kawasumi is returning to Seattle — and it's for keeps. Her compatriot is coming as well. A U.S. international will soon be back from a major injury.  A Dutch international could be back as soon as this weekend. Reinforcements are coming to a squad that has enough talent as is — and the team could very well be starting to find their groove as the league enters the Olympics purge. When everyone is healthy and the Olympics are done, filling out that starting XI is going to be a lot of fun for Harvey, given the plethora of choices in quality available to her.

If you wan to have some fun, you can play with a lineup builder, though we are not responsible if multiple hours have passed as you experiment with the Reign roster. Here's a few examples I made last night — and, yes, I had to stop myself when I looked up and the clock read 12:29 AM. 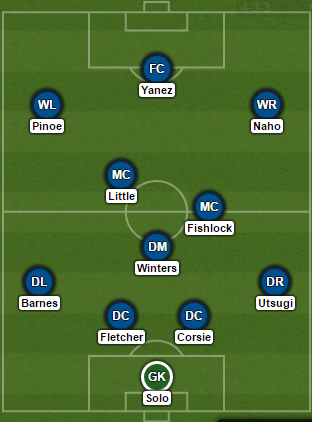 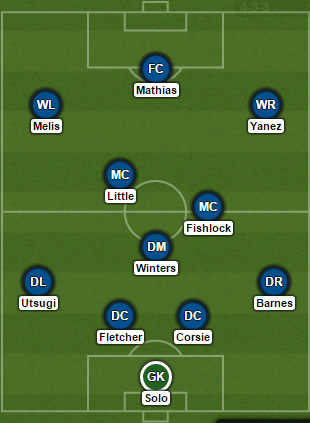 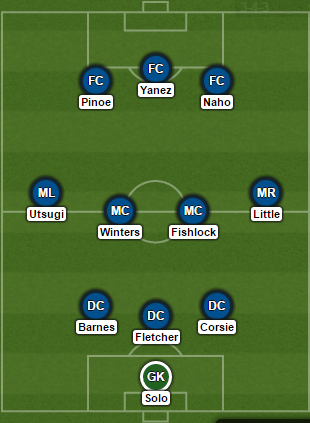 Buckle up folks, it will be a lot of fun with the plethora of toys Seattle will field out the rest of the season.