Our world is rife with injustice. Armies overthrow democracies. Diseases claim the lives of the innocent. The cat sleeps on the dog bed. Soccer is supposed to deliver us from the torments of existence in a cold and indifferent universe, but what are we to do when the indignity occurs on the pitch? What recourse do we have when life presses its sweaty abdomen against our back, wraps its right forearm around our neck, throws its weight backward, and slams our defenseless body to the FieldTurf Revolution 360 artificial grass surface?

Mercifully, the world has granted us at least one means of shouting our grievances into the void: the humble meme. Since time immemorial, we humans have overlain images with amusing text and posted it on the internet at 3:27 AM. Amid the incessant flux of volatility that bombards us each and every day, this one constant abides.

So if you please, dear reader, allow me to console your hapless, quivering soul with a meme or two. For today we in the Sounders community have suffered an affront so severe, it elicited the condolences of the most powerful man in the world, Dwayne "The Rock" Johnson. Today (or perhaps yesterday; in these times of quarantine one can never know), a villainous dastard by the name of Tim Melia took our beloved Cristian Roldan betwixt his cartoon gloves and performed what can only be described as a showtime reverse slam dunk with a human body. The impact of man to turf produced a shockwave so violent that the poor, helpless referee on the field, Ismael Elfath, momentarily forgot which variant of football he was officiating.

I do not need to tell you any of this, my sweet little reader. The image has already been burned into your retinas like goalpost flames after a Ruidiaz golazo. What you demand now is not explanation, but hot sexy justice. Red cards, suspensions, fines, oh yeah baby. But as the old saying goes, "It takes two to Tinder," and who's to say if the MLS Disciplinary Committee will swipe righteously?

The only thing we can hang our hearts on, my tender morsel of a reader, is that we will always have our memes. So without further ado, I humbly present to you the fruits of my labor, the product of pure inspiration distilled over the course of about twelve minutes with the default Android photo editing app. It is my most ardent wish that you will enjoy these memes as all memes yearn to be enjoyed: for like three or four seconds before switching apps and forgetting about it completely.

1. The Esoteric and Ephemeral Meme

Since all good memes require further explanation, allow me to share a few words about what this meme means to me. This is a classic "words on image" meme, but the context is tied to current events understood only within a particular community. The power of such a meme can be tremendous, but it is fleeting. In this case, the small community is MLS fans and the transient reference is that the MLS aspires to be a respected global league while allowing a particular goalkeeper to actively cosplay as a Super Smash Brothers character. 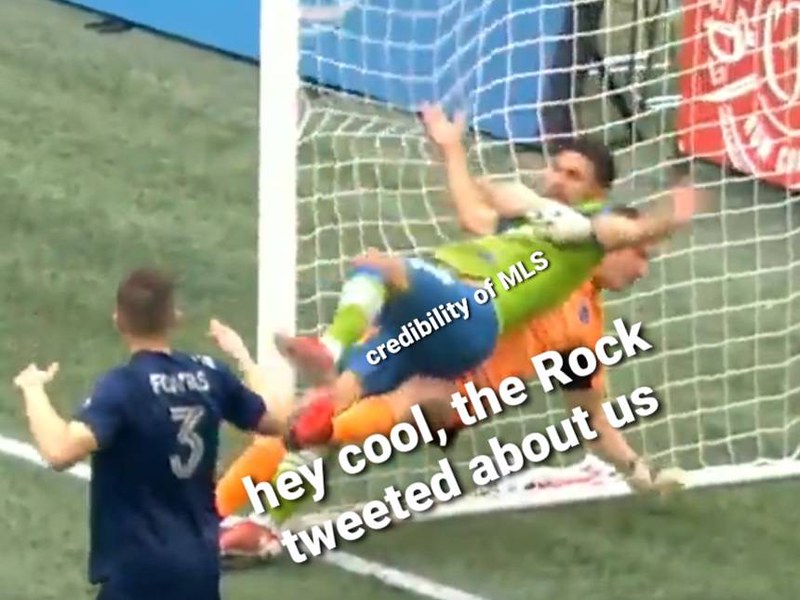 Memes are frequently used to highlight disparities between words and actions. The context of this meme is similar to the previous one, as it highlights the league's apparent willingness to allow grown men to live out their wildest lucha libre fantasies in front of a live televised audience. 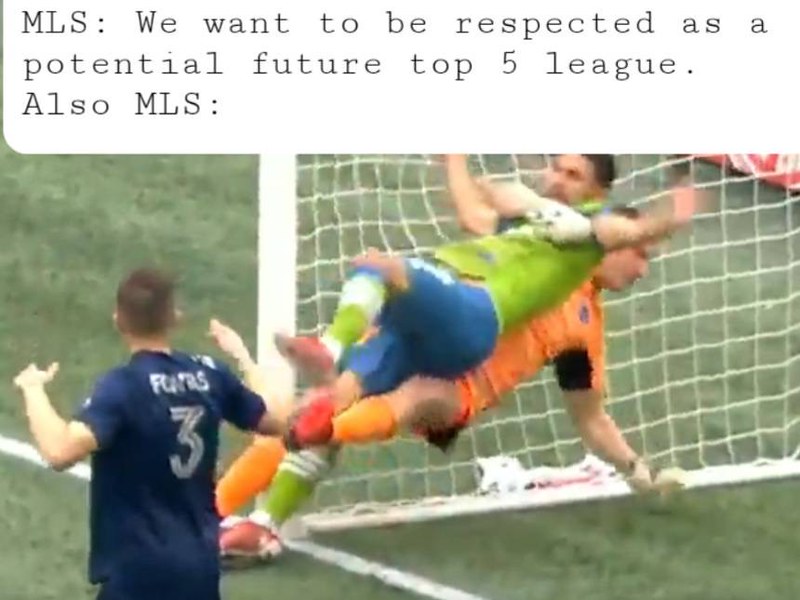 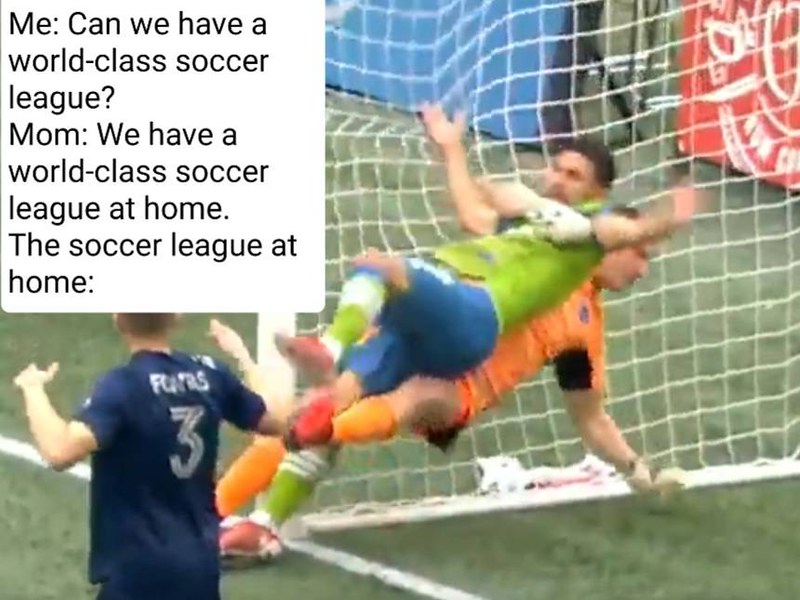 4. The 'Nobody Asked for That' Meme

This meme expresses the unprovoked and unpredictable nature of Tim Melia attacks. We advise players to carry Tim Melia spray on their person at all times. 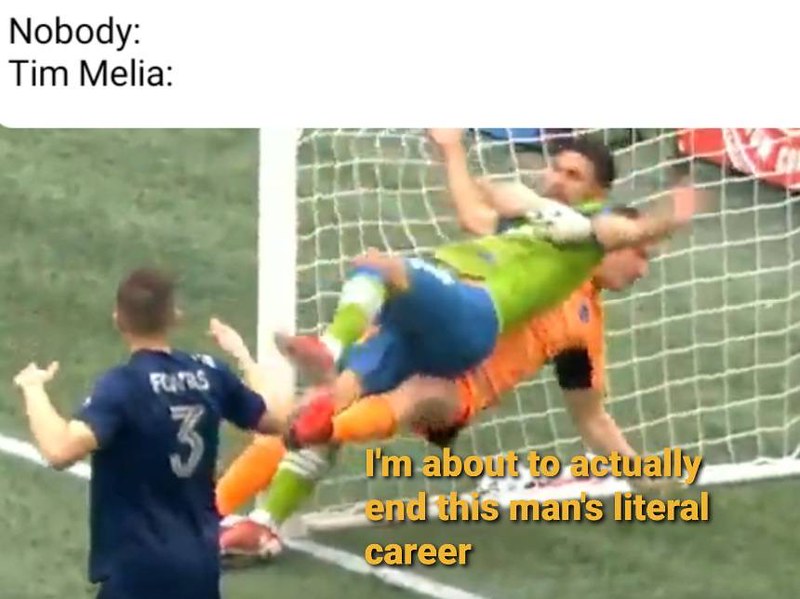 This meme asks us to step inside a mind unburdened by worldly knowledge. Such as the knowledge that you shouldn't have the person who makes a decision and the person who reviews that decision be the same exact person. 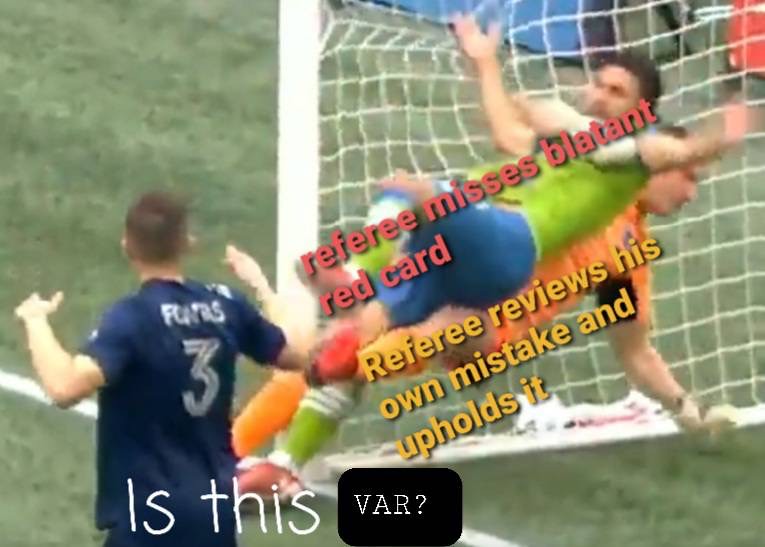 6. The Metaphor for Life Meme

This meme is a departure from the more literal nature of the previous memes. Instead of offering commentary on the MLS or the incident in question, it uses the image as a cautionary tale about what happens when Mama catches you soiling her good rug with your filthy sneakers, and she's not going to ask you again. 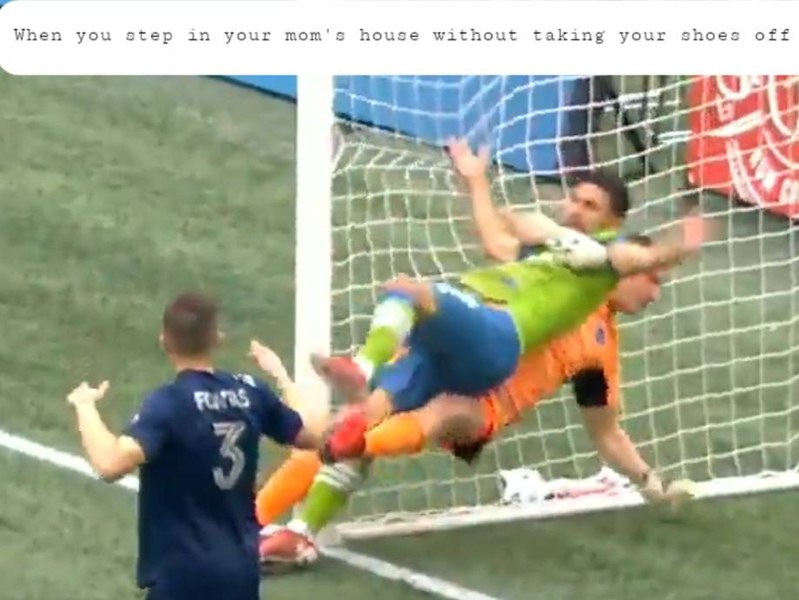 Finally, we have a meme that uses the internet to speak about the internet. Internet-ception. 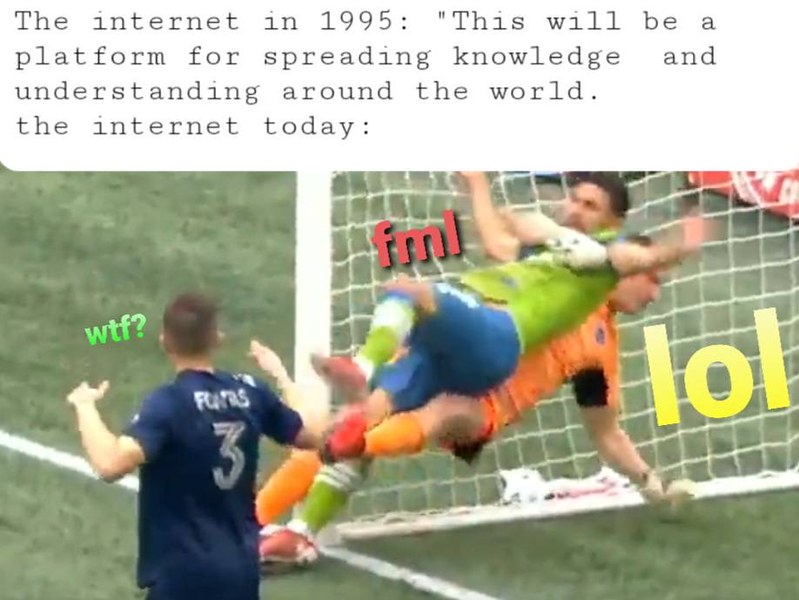 8. Your Very Own Special Meme

And now, the power is in your hands. Take what you have learned here today, and fill the world (a.k.a. the internet) with your own inspired Tim Melia Body Slam memes. This blank image is a verdant grass-like field of possibilities. Let your muse take hold of you like an aggro goalkeeper. 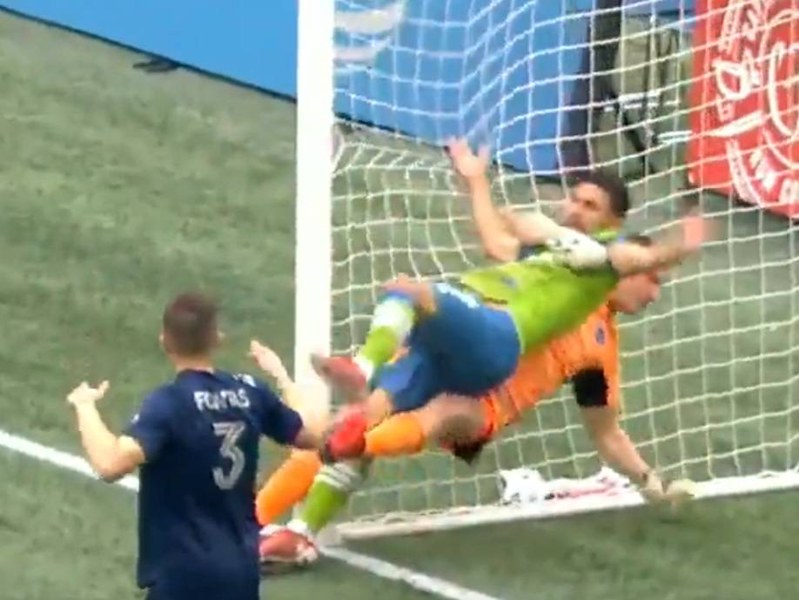