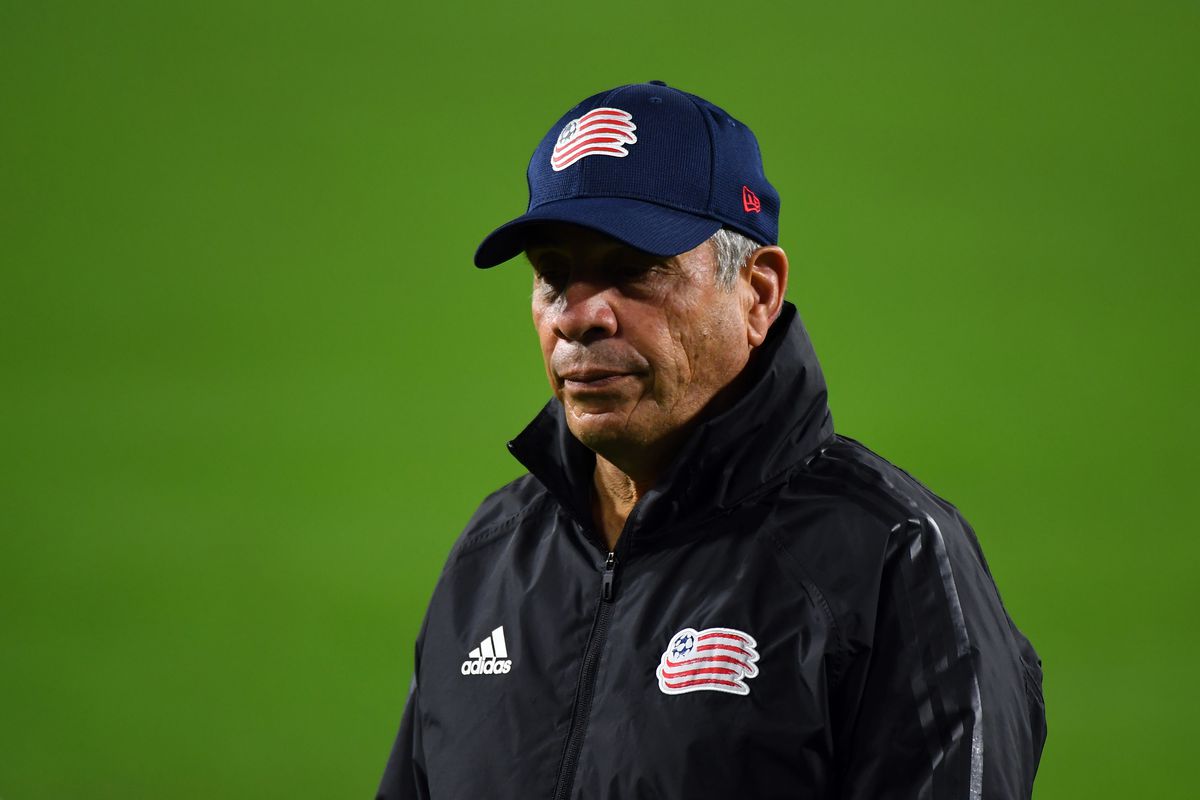 The New England Revolution have not only already made the playoffs but have already clinched first in the Eastern Conference, they currently sit 18 points ahead of the next nearest team in the east, Nashville and will almost certainly win the Supporter's Shield. Credit to Bruce Arena and the Revolution where credit is due, they've put together one hell of a season so far and are on track to rack up the most points in a single season for any team in MLS history, that doesn't come around by accident. Bruce Arena is one of the best MLS coaches precisely because he can coax these sorts of performances out of his teams; getting both young upstarts and veteran players motivated in the right way. However, there's more than one little caveat to this particular result, but the big one is the gap between east and west in terms of talent and ambition and the fact that (in part due to the pandemic) very little cross-conference play has occurred this year. Most MLS fans are probably aware that the Western Conference is typically the stronger of the two conferences in the last 10 years or so, ccasionally this isn't the case, but usually when east and west clash, it's the west that wins out. It's worth noting that it's not just the Western Conference teams tend to be better, they tend to be more competitive from top to bottom of the conference, even when it's a good team against bad teams a win in the west is never a given because the competition is just that much more fierce. As examples of this east/west dynamic this season the two most consistent teams in each conference,the Sounders and the Revolution both played one away game to teams in the opposing conference against teams that are fairly bad by the standards of the other conference; the Sounders went into Columbus and won 2-1 against the Crew who currently sit in 10th while the Revolution lost to FC Dallas who currently sit in 11th. There are just frankly more punching bags in the east than there in the west, there are 4 teams in the east currently with double digit negative goal differentials, with hapless FC Cincinnati have a -24 goal differential, only two teams in the west have that problem, Houston and Austin. To add some more evidence, the points difference between 7th and last in the east is 20 points, the difference in the west is 13 points. Assuming that the Revolution win the Supporter's Shield this year, that means 7 of the last 12 years since the Sounders joined the league an Eastern Conference team will have won the Supporter's Shield. The evidence, however you slice it is pretty clear right now: it's easier to win the Supporter's Shield in the east than it is in the west.

Now, one could say this is all sour grapes from a fan of a team that was in the running for the Supporter's Shield at one point this season, but I bring this up to talk about a looming issue, the fact that pretty soon who wins the Supporter's Shield is almost certainly going to be determined by luck a lot more than by skill. MLS has expressed interest in having a 32 team league, even if MLS expands to a 38 game season like the English Premier League, there's no way to play everyone in your conference twice and play everyone in the other conference once. There's really only two possible ways to organize the games for a 32 team MLS:

1. You make it so everyone plays everyone at least once, with cross-conference opponents being played semi-randomly either away or at home. You then play 7 inter-conference "rivals" away and at home.

2. Everyone plays everyone in their conference twice, home and away, then only plays half of the other conference, randomly away or home.

Either way you slice it, someone is getting lucky and someone is getting the short end of the stick in a 32 team conference. In option 1, who your rivals are might determine whether you drop important points within your conference, in option 2 which teams in the opposite conference you face could very well determine how difficult your path to the playoffs is. Either way, someone is probably getting lucky or unlucky based on who they get to face at home or who they have face away, increasingly meaning getting into the playoffs or winning the Supporter's Shield is a roll of the dice. There's always a bit of luck in soccer, "the ball is round", but the validity of the Supporter's Shield increasingly will come into question based on the schedule rather than on the merits of the team. Yes, you have to be a good team to win the Supporter's Shield, but is that team truly better than other candidates? Maybe not.

Typically I might give you some nice, neat way to fix the problems I point out...but I don't got one here. Even if we only go to 28 teams with 38 games, you still can't have a nice "fair" run for the Supporter's Shield. I can't help but feel that the Revolution got lucky to have such a soft conference this year, giving them a path to a potentially historic points haul while the Sounders and the rest of the west have been in a bruising brawl all season and yeah, I feel a little miffed by that. It only matters for the Sounders if they make MLS Cup and New England do too, but it feels like the table is tilted in favor of being a good team in a bad conference.

Two of the five men I had on my list last time are gone, who's up next?