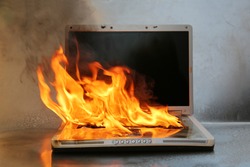 The team is in a bit of the doldrums right now and that has resulted in some interesting and some not-so-interesting content posted here. I get it, we're all pissed off. Anger can be a positive thing. Anger can also lead to things like reddit.

I am going to list a series of behaviors that I would rather not see around here anymore. I present them understanding full well that my position is what it is and that my experience is what it is. I also fully acknowledge that I have indulged in most, if not all, of what I am about to deride. All I can do is try to be better. I humbly ask that all of you do the same.

1. Any comment that seeks to end discussion at that point, unless, obviously, the discussion needs to be ended (this is a grey area, I understand, but there are times that further discussion is pointless and we can pretty much all agree that we have gotten there recently with great frequency). If anyone seeks universal acceptance of their ideas without question, this isn't the place. Hell, we've gone over game footage stills like the Zapruder film here (Brad's head goes back. . . and to the left. . . back. . . and to the left) and still won't agree on everything. That's a feature, not a bug. I see this a lot with posts concerning race, which is obviously touchy as hell. It can be hard for someone in the majority to square their image of this country with the experiences expressed by someone who is not, and vice versa. Best we can do is listen to one another with empathy and mindfulness.

2. Any comment that attacks the poster and not the post. I consider myself an educated fellow. I often post stupid shit. Posting stupid shit doesn't make me stupid. It makes me an occasional poster of stupid shit. The words ad hominem get tossed around a lot, but there is something to the correct application of that fallacy- just as denigrating the person doesn't speak to the veracity of the message, neither does denigrating the message speak to the quality of the person. No one's personality should be reliant on the acceptance or rejection of any one of their arguments.

3. Any post that assumes anyone else's experience or motivations. Goes back to #1 above. It can be surprising where people get their ideas. The best way to find out is to ask.

4. Should really go without saying- Any post that belittles anyone because of their experience, phenotype, or identity. There is no place for that here or anywhere else.

That's a fairly incomplete list, but I think it's a good start. Feel free to add to it as you will. I will do my best not to engage in the behavior that I abhor (if you hate something, and all of that) but I will fail and hopefully you all will call me out on it when I do.

Love from the 509 and go Sounders.