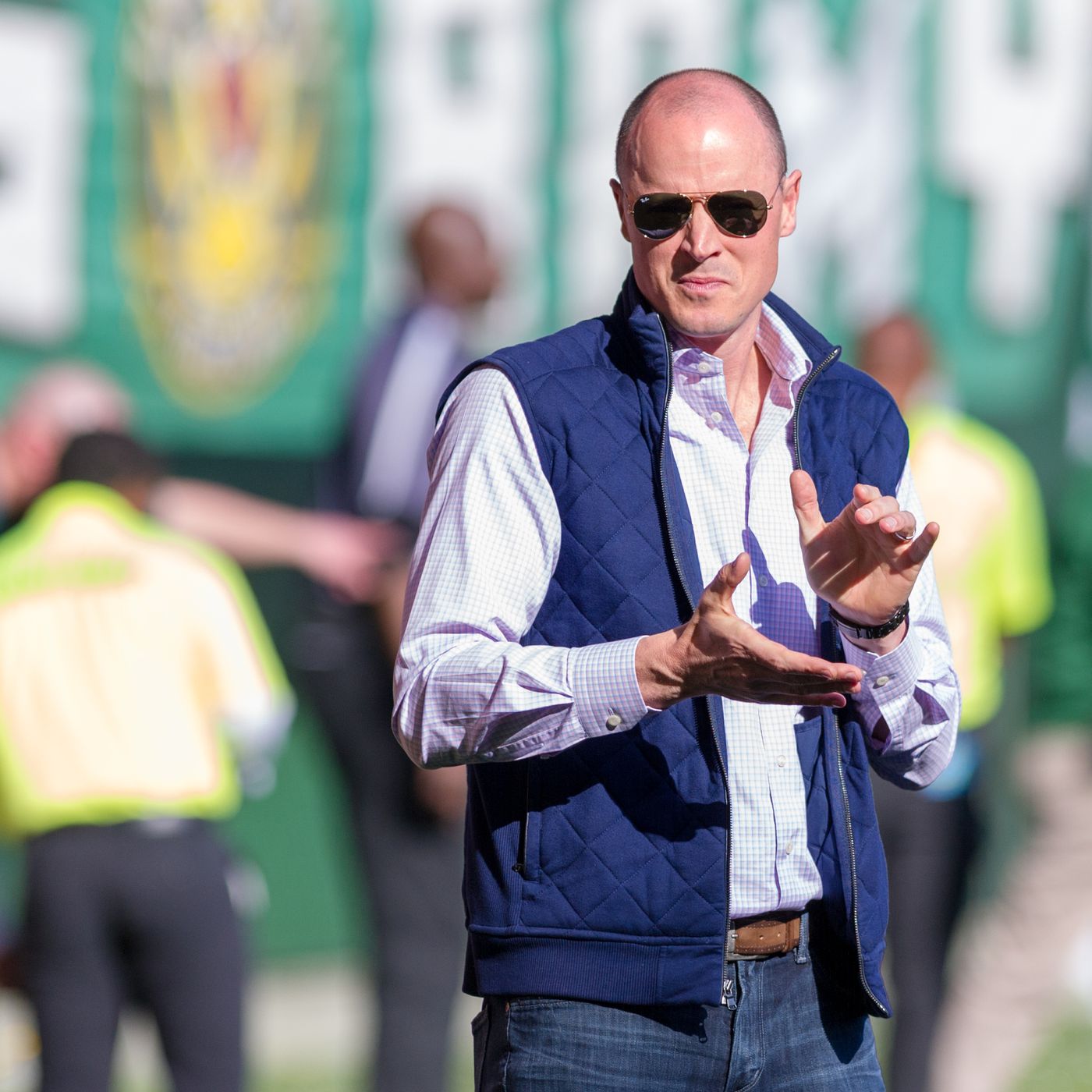 Just a quick heads-up here, while I won't be going into details of the allegations, this post will be discussing drug use, domestic violence and drunk driving. So if that makes you uncomfortable, feel free to just scroll down to the Doom Seat and Doom Rankings.

Before someone goes "Well actually..." when I say fire Merritt Paulson, I mean out of a cannon, into the sun. Or you know, maybe just kick him out of your little billionaires club. In case you are unfamiliar, the Portland Thorns and Portland Timbers have been in the news for all the wrong reasons and both teams are owned by Merritt Paulson and run by Gavin Wilkinson who is the president of soccer. The initial revelations came from the Thorns side of the equation, as we found out that former Thorns coach Paul Riley was credibly accused of sexual harassment by form Thorns players and the club covered it up, not revealing any of the results to the next teams who hired Riley who allegedly then continued to sexually abuse other players. On the Timbers side of the equation, Andy Polo is credibly accused of domestic abuse, including in one incident in Oregon where the Portland Timbers chief of security showed up and spoke to the police. If you want to get a pretty good picture of the timeline of allegations and what was or wasn't done, Leftist Cassandra has a pretty good Twitter thread with sources. Even if you have a pretty good picture of what happened, the thread is well worth a read.

Now, if this was the first sign of trouble I would say Paulson should just fire Wilkinson and we can all move on, but it's not. Now, I'm a Sounders fan so it is easy to accuse me of bias int his, but this is far bigger than just some regional rivalry over who can kick the ball better. The Timbers in the MLS era have a history of letting players and staff get away with bad behavior if Wilkinson or Paulson think it will bring them success. Cast your mind back to the far off time of October 2016, the Timbers missed the playoffs and Liam Ridgewell and Jake Gleeson decided to drink away their troubles...then drive. Ridgewell's charges were eventually dropped, but you can see him fail his field sobriety test in dashcam video obtained by the Oregonian. Gleeson entered the substance abuse program for MLS, Ridgewell's charges were dropped and neither of the players suffered any consequences from the Timbers management. No suspensions, no fines, they played in the season opener the following season. Then there's the curious case of Brian Fernandez, who the Timbers seemed to know had a cocaine problem since they had baked in terms to the transfer agreement with Nexaca according to Paul Tenorio. But Fernandez was a good striker, in his time in Portland he made the Timbers a better offensive team, but he really loved cocaine and it was only when the problem became too obvious that MLS tried to force him into the substance abuse program that MLS, not the TImbers, but MLS itself terminated Fernandez's contract and launched a lawsuit against Nexaca. The pattern is clear, Wilkinson and Paulson only care about two things: success on the field and money in their pockets. If Paulson is unwilling to terminate his buddy, then MLS needs to send Paulson packing because this is only going to keep happening.

Look, there are a lot of pieces of s*** in the small club that is MLS ownership and in general billionaires tend to be terrible people, but there's a difference between having unethical business practices outside of soccer and literally helping an alleged rapist to continue his horrific behavior. Winning and success are important in soccer, but they shouldn't be more important than the safety of the players, their families or the community. For Paulson and Wilkinson, success is all they care about and if they can cover up or silence the voices that seek to hold them accountable, all the better. It's not like there isn't precedent for kicking out troublesome owners, Chivas USA was completely shuttered after allegations of racial discrimination in hiring practices. Dell Loy Hansen was accused of racism against latino players on his team and forced to sell the team. The fact that the Timbers did not inform MLS of the allegations against Andy Polo should be more than enough for MLS to justify forcing an ownership change in Portland. The allegations of a cover-up of Paul Riley's actions should be more than enough for NWSL to justify a similar move. I'd love to think that MLS and NWSL will, in fact, do the right thing here, but I suspect they won't because the world is not just and money making organizations like NWSL and MLS are definitely not concerned with being morally in the right. Portland is one of the biggest success stories for both leagues; both the Timbers and Thorns consistently fill the stadium, they're probably one of the few teams in either league actually making a profit, Portland is what a lot of teams in MLS and NWSL wish they could be, they're downright aspirational. All of the monetary success that comes from Portland's success as a soccer market flows back to the central organization and puts dollars in the pockets of the billionaires that run NWSL and MLS. If you have learned anything from the past two years of COVID pandemic, it should be this: people will ignore a lot of horrible things if it makes them money.