Memes, Catchphrases and Hashtags - or how to speak Sounder at Heart

Ever get confused by the crazy that is Dave, Jeremiah and the rest of us? Here's a handy guide. It isn't really a guide. It's just the oddness that is Sounder at Heart.

Share All sharing options for: Memes, Catchphrases and Hashtags - or how to speak Sounder at Heart

Enemy's Goal is Down | Sigi's Game (first use: Dave) - In my first ever look at the tactics of Sigi Schmid I borrowed heavily from Ender's Game. I still do.

Freddyain (first use: Dave) - or the two guys (and no more than two) Fredy/Freddie. This was borrowed from my old knowledge of Arabic and was the story of 2009 and trying to figure out how to get Ljungberg and Montero to work together.

Church of Fucito (first use: FakeSigi mocking Dave) - After I wrote about how good Fucito could be FakeSigi started mocking those that thought he should get more playing time. I embraced the initial slight and a cult was born.

Honey Badger (first use: Aaron and it predates that college footballing dude) - After the video of the honey badger made the rounds it only made sense that the best ball winner in MLS be called a Honey Badger. The following video contains foul language, but is funny. Loyal reader HealingPrimrose created it.

Utility Knife, SOG, Swiss Army Knife (first use: Dave, maybe) - In praise of Brad Evans and the knife that served me well in the Army.

ThoughtsFromMyYacht (first use: Jeremiah) - As a response to crazy Portland fan who thinks that all Sounders fans are rich, Republican yacht owners who just want an excuse to drink beer.

You'll Never Yacht Alone (first use: Aaron on Nos Audietis) - A sign-off that became typical and is an adaptation of the ThoughtsFromMyYacht meme. There's a shirt.

Golden God (first use: Aaron) - Fredy Montero did Fredy Montero things and Aaron popped up in the gamethread at the time with just an all caps FREDY YOU ARE A GOLDEN GOD or something. It still shows up in comments because he's a pretty special talent.

Know Your History (first use: Dave) - Originally started as a reminder to Sounders fans that the Sounders were around prior to 2009. It eventually grew into a response by Likkit to Portland fans about trophies and being better and stuff.

Lazy (first use: unknown) - There is a too large segment of the Sounders fanbase that thinks Fredy is lazy. People here just started referring to all good Fredy-things as lazy because why not? Then this became an EJ thing. No current player gets tagged with the Lazy thing, but sometimes people throw it out in an attempt to be funny.

Battle of Kezar (first use: commenter not known, my bad) - After the match some San Jose dude said that EJ hit him. There wasn't really evidence, but hey people around the country picked it up like truth. This happened to be in the same US Open Cup match which was marred by red question marks and video via from a cell phone. A brilliant commenter started calling it the Battle of Kezar and so it was.

Spice-Melange (first use: Dave) - This is currently the youngest of the crazy stuff we do. It may be the most appropriate. With Allocation Money you can control MLS so it is the spice. It only kills when you can't get any more.

ForMidFender (first use: Matt Gaschk) - No, Gaschk doesn't write here, but when he called Levesque a ForMidFender we couldn't help but continue the nickname. Has also been used for Brad Evans and David Estrada.

Zach Scott: Man Marker | #ZSMM on twitter (first use: unknown) - You just read about this, but dude had a decent stretch of shutting down LeToux, Shea and Davis.

Oshaning (first use: Likkit) - Jeremiah likes to lean on things when his picture is taken. This trend never took off like planking or Tebowing. That's kind of sad. Go Oshan some tonight. 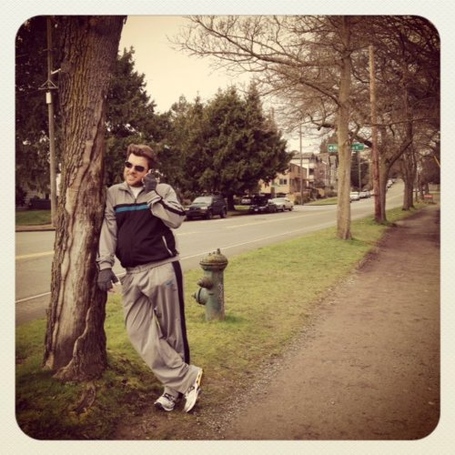 TheFuture (first use: Dave) - Used on twitter to highlight how the Academy and certain players from it will become a major part of the club at some point in the future. It is now the name of our section on the Reserves, U23s and Academy.

BoomBoom (first use: Eddie Johnson) - When Eddie goes BoomBoom the crowd goes wild. We could all deal with more boom boom.

HaircutsAndTacos (first use: Dave) - In 2011, after the dismal first leg performance, it would take Free Haircuts and Free Tacos just to force overtime. So that was the goal. It trended throughout Seattle. Leg two wasn't good enough any way. Why don't twitter trends become REAL THINGS?

Tacos and haircuts for everyone today. come on Seattle!

ClassyMullanHate (first use:sidereal) - Stupid people wanted Brian Mullan to die or other disturbing crap. We kind of prompted a form of classy hate. Has also been used for ClassyRSLHate and ClassyImpactMisinformation.

TheTrialist (first use: Dave) - What originally started as a mocking of people who think that every trialist is going to change the future of the club became a situation where TheTrialist actually changed the fortunes of the club. Mauro Rosales was not your typical trialist it seems.

Twins At Heart (first use: Shane Evans) - So this happened 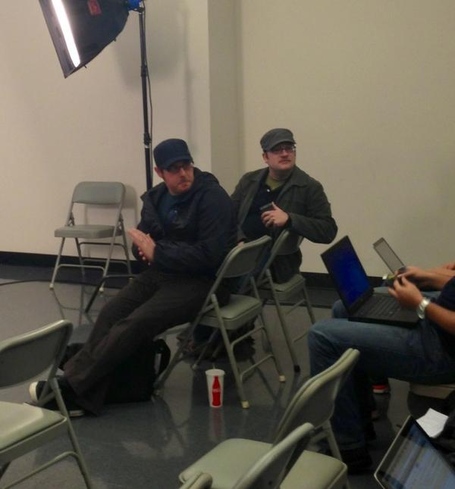 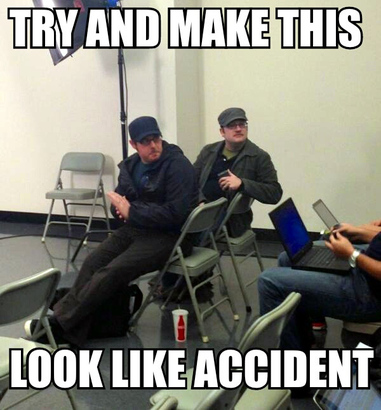 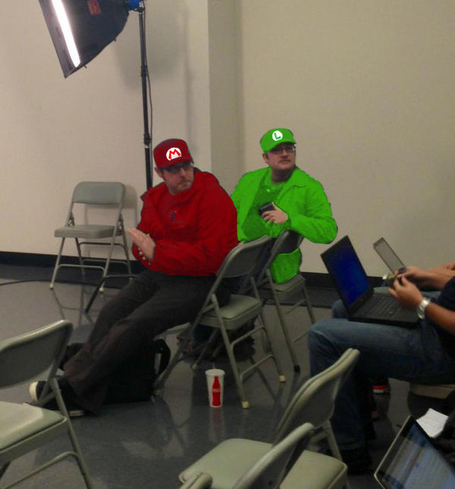 #TheNow - For DeAndre Yedlin who is no longer TheFuture. He's proven he is ready NOW.

Vietnamese Tacos - Those moments when you drop something of serious impact and then just disappear for awhile, probably as obfuscation, but maybe just because you like Mex-Indochina fusion.

Hail Hydra and other Hydra variants (first use: Dave) - This started last year when Seattle signed Dempsey, but it has grown since then. Originally only referring to the D&D or mythical hydra it now includes HYDRA of comic book fame. We even made a shirt.

Hay Fe (first use: Roman Torres) - during the Roman Torres transfer saga he and several Panaman National  Team players took to using the phrase "hay fe." While technically meaning have faith, it is a colloquial in Central America that also means there is hope.

Drift Compatible (first use: Likkit) and Clinfemi (first use: Dave) - The Sounders use to have this stellar forward partnership in Clint Dempsey and Obafemi Martins. They worked together as if they were of one mind. Maybe someone else will take the title from them, but for now this is retired.

Red Card Wedding (first use: Jeremiah) - On a dark day down in Starfire Clint Dempsey went crazy, ripping a referee's notebook to shreds. He wasn't the first Sounder carded that day, nor the second, nor the third. It was a rough night. It started the Dire Days.

Dire Days (first use: Dave) - After Clint went crazy and Oba was injured the team went 2-9-0.