The Reign kick off at 5 against Kansas City, trying to maintain their perfect record in their toughest challenge of the season so far.

Share All sharing options for: Reign vs Kansas City: Stream and Game Thread

Today the Seattle Reign are back out on the road for a rematch with FC Kansas City, whom Seattle beat at Memorial Stadium in their last match 7 days ago. Last week's match was the Reign's sternest test of the season so far, as they surrendered a two goal lead and had to rely on a late Keelin Winters header to keep their perfect record alive. It was the first time all season the Reign had surrendered more than one goal to an opponent.

That 7th consecutive win meant that the Reign officially have the longest winning streak in the history of pro women's soccer in the US, passing the Philadelphia Independence's six-game streak during the 2011 WPS season. But extending it is going to be a challenge. Kansas City is one of the only teams (if not the only team) in the league with a midfield that can counter Seattle's group. Lauren Holiday, Erika Tymrak, and Merritt Matthias lead a strong group that's just as capable as the Reign of holding possession for long stretches and turning it into danger.

With that midfield attacking quality and with ex-Reign player Amy Rodriguez on a scoring tear — now tied with Kim Little for the league scoring lead — shutting them out seems like a tall order. Instead the Reign might have to outgun them again. Kansas City's weakness is their defense — their 15 goals allowed is better only than last place Boston's 16. So a 2-1 win or another 3-2 win is the most likely route to keeping the winning streak alive.

The Reign will still be without Nahomi Kawasumi, whose Japan team has just advanced to the semifinals of the Women's Asia Cup, and all indications are that Megan Rapinoe is still out with a foot injury. But Stephanie Cox isn't listed on the injury report, so she could be available to start at left back. That would allow for the same (very successful) lineup that Laura Harvey has been putting out consistently over the last couple of weeks, especially with a full week's rest.

That's definitely a strong enough lineup to get a result in this match, but the winning streak has to end some day and this wouldn't be the most unlikely day for it to happen. 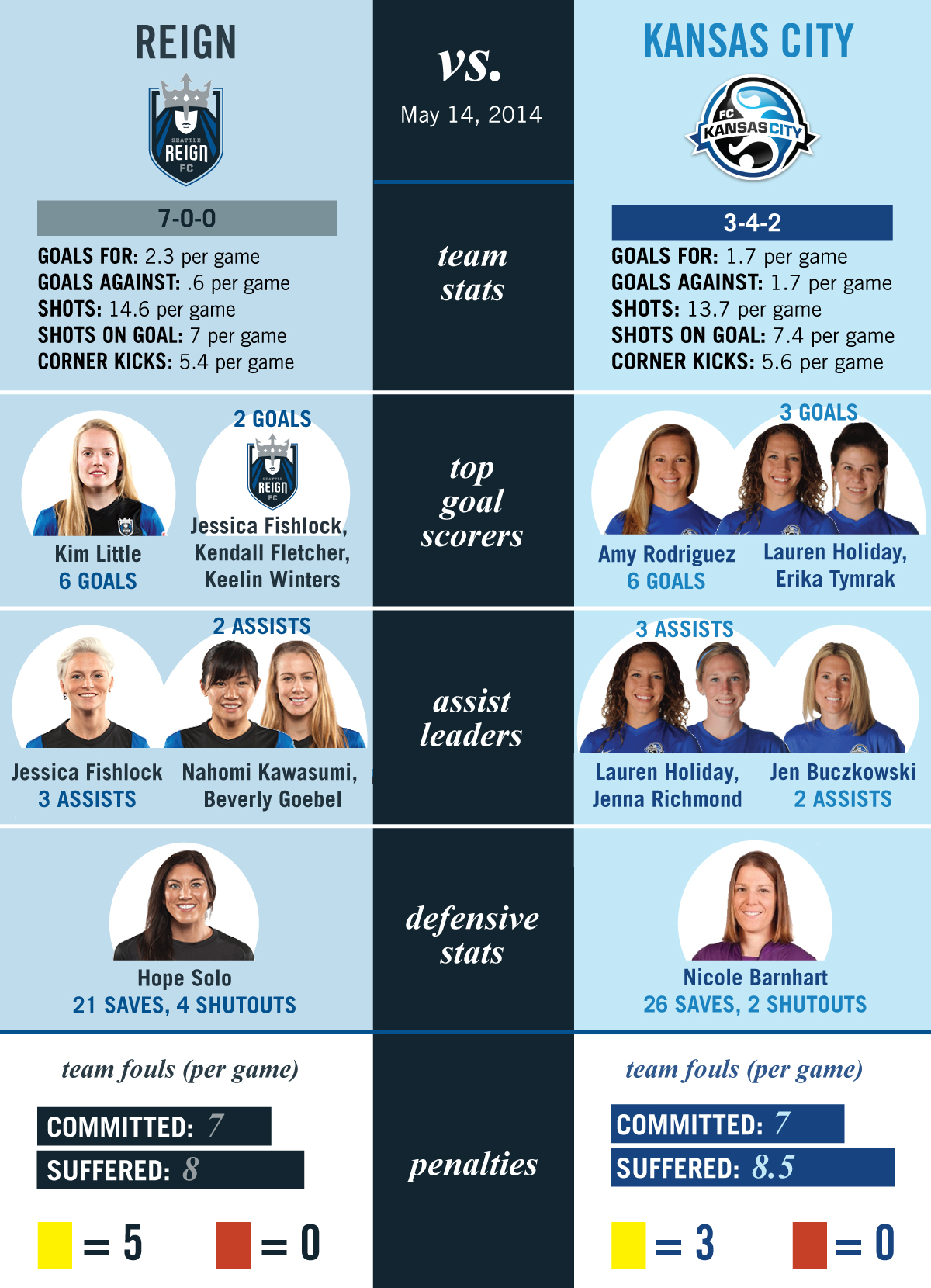