Share All sharing options for: Reign at Sky Blue Stream and Game Thread

Today the Seattle Reign take their undefeated record to the wilds of New Jersey for the second of four east coast road trips this season. On their first trip they beat this same Sky Blue team 2-0 in abysmal, torrential conditions for the Reign's first road win of the season. Today conditions will be rather better, with clear skies and a temperature in the low 80s. But they should still be favored against a Sky Blue team that's third from the bottom in the league standings and only has two wins all season.

The biggest lineup news for the Reign is the return of Nahomi Kawasumi from national team duty. In her absence the team has had a serious problem creating attacking width, which has allowed teams to pack players into the central defensive midfield to starve Kim Little of time on the ball (not that it's prevented her from scoring game winning goals or anything). Naho is the best crosser on the team and she should help pull defenses a little wider. Unfortunately, Megan Rapinoe won't be doing the same thing on the other side, as she's still out with a foot injury and didn't travel with the team.

Sky Blue's strength is in their defense and midfield, with Kelly O'Hara, Sophie Schmidt, and Christie Rampone providing a tough gauntlet to navigate. But Seattle's midfield is the best in the league and should be able to hold possession and create plenty of chances, even on the road. 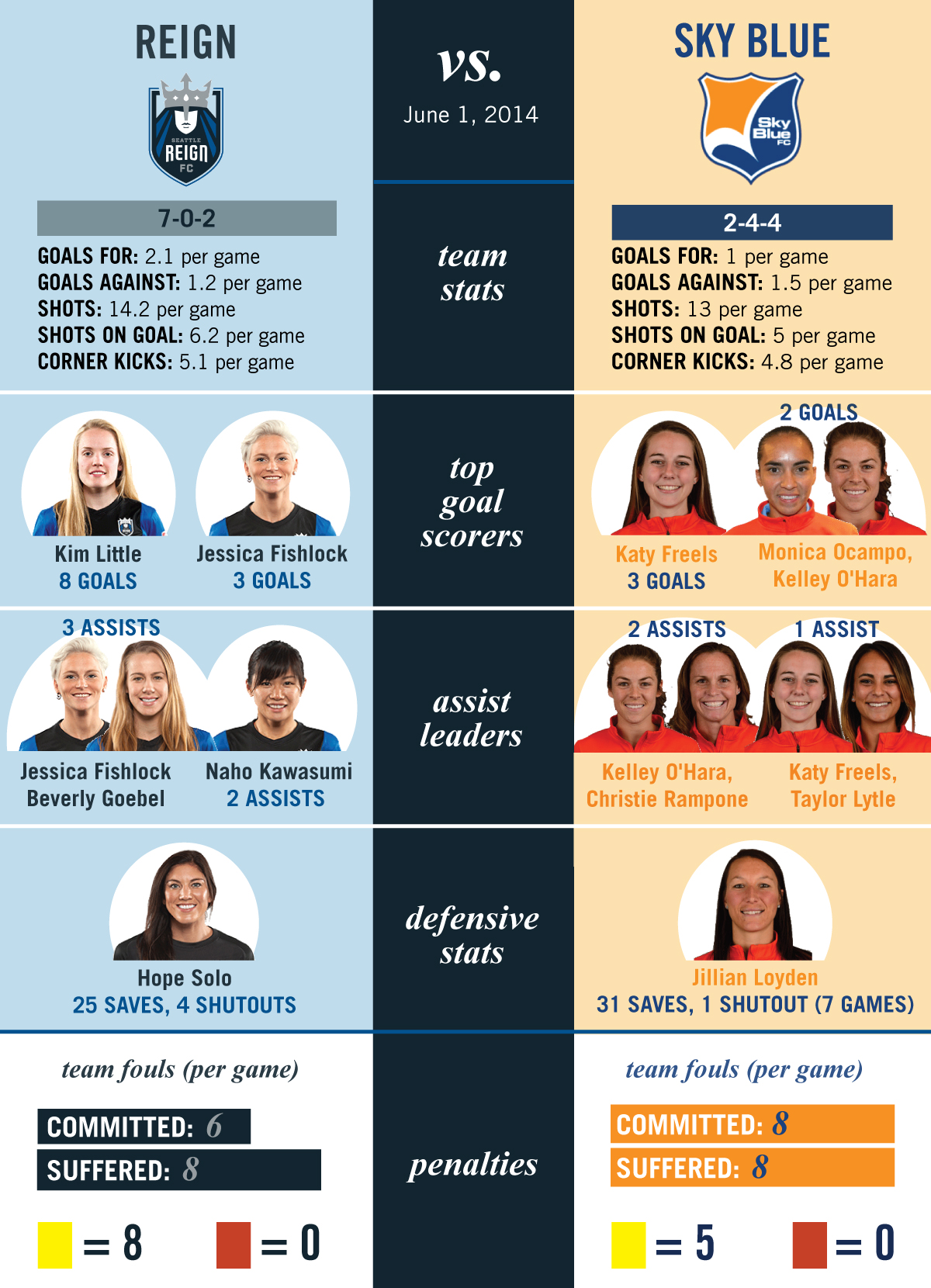