The 2014 NWSL season ends today at Starfire Sports Complex, as the juggernaut that is the Seattle Reign attempts to write the perfect ending to their storybook season.

This is it. The Reign's entire ridiculous, wonderful season has been building to this. The two best teams in the NWSL regular season face off under the Seattle sunshine in Tukwila to hoist the second ever NWSL championship trophy. The home crowd will be roaring and the beer garden will be flowing. The game is at noon on ESPN2.

The only known fitness issue is whether or not Elli Reed will be able to play after missing the semi with a training injury. She isn't listed on the injury report, so I'd guess yes. Otherwise, both teams are expected to be healthy. The top two scorers in the league and the top three assist-makers will be on the field. The league MVP, the runner up, the defender of the year, the coach of the year, and 7 of the league Best XI will be on hand in the densest collection of talent Starfire sports has seen in some time. And at the end, a championship. Lots of beer and Fanta will be thrown around. Be there. 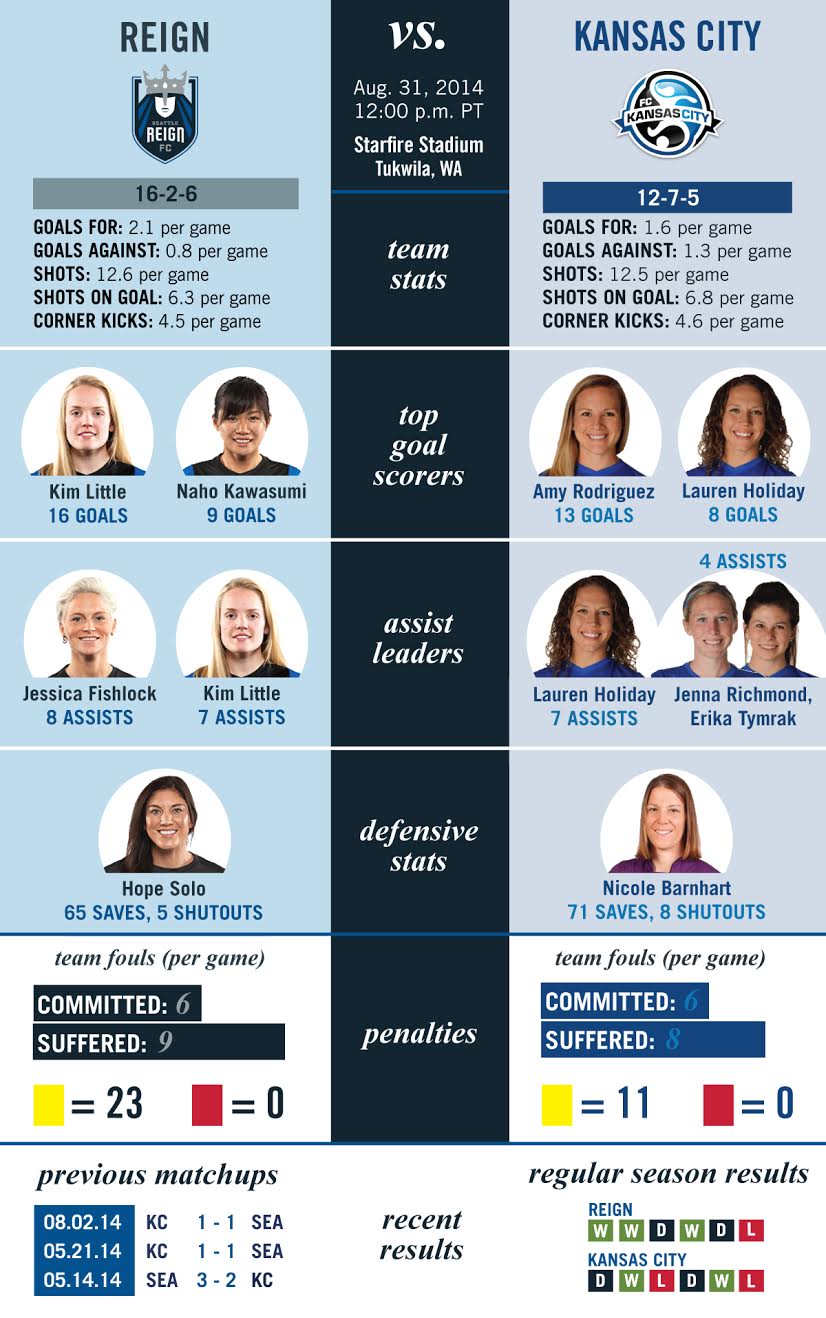