Sounders also give up their natural second-round pick in the MLS SuperDraft to acquire the MLS veteran.

No one will be able to blame the Seattle Sounders for not trying hard enough to get their first MLS silverware. Just a few hours before the roster-freeze deadline, the Sounders acquired midfielder Adam Moffat from the Houston Dynamo. The move did not come cheaply, though, as they had to give up Servando Carrasco and their natural second-round pick in the 2014 MLS SuperDraft.

Moffat is a slightly more offensive-minded midfielder than Carrasco, and could comfortably fall into the box-to-box category. He has penchant for banging in long-distance goals and he has scored five times with four assists over the past two seasons with the Dynamo. He's also helped lead them to back-to-back MLS Cup appearances. But it was an earlier MLS Cup appearance that seems to have made him attractive to the Sounders.

Carrasco seemed to be coming into own 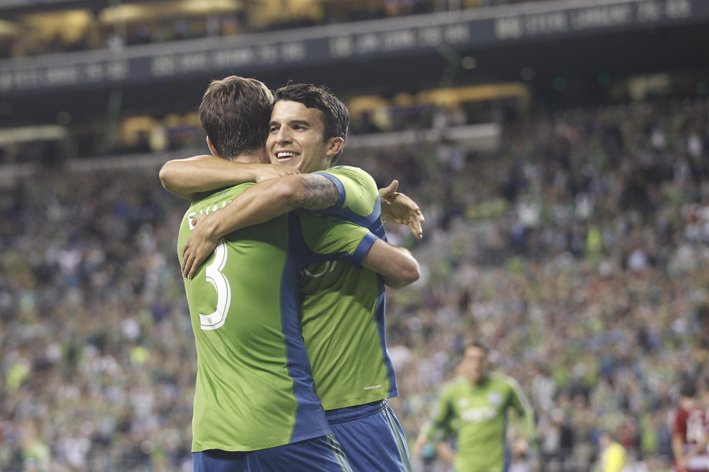 At the very least this would seem to be a chance for Carrasco to get more playing time.

"I have known Adam since 2007, when I brought him to the Crew," Sounders head coach Sigi Schmid said in a team release. "He was a member our MLS championship team in Columbus and brings a fantastic attitude, has experience running the midfield, and a great shot from distance. Although it is difficult to see Servando leave, I am excited to welcome Adam to our team."

Carrasco was enjoying easily his best season with the Sounders, making a career-high 13 starts and 19 appearances. He had one goal and one assist, while mostly filling in for Brad Evans or Shalrie Joseph alongside Osvaldo Alonso.

"We want to thank Servando Carrasco for his dedication to Sounders FC the last two-plus seasons," Sounders Sporting Director Chris Henderson said. "Days like today are bittersweet, as we lose a fantastic teammate and member of the Sounders family. That said, we are very excited to bring Adam to Seattle. He has been a part of three MLS Cup final teams and brings tremendous experience to our club. At the age of 27, Adam is still in the prime of his career."