We'll try to explain how and why the Sounders felt compelled to add four potential starters so late in the season.

OK, deep breath everyone. A lot has happened in the world of the Seattle Sounders over the past 10 days or so and you'd be excused if your head was still spinning. But don't worry, I'm here to help make sense of it all.

Remind me, what did the Sounders just do?

Glad you're paying attention; it did. But Valdez was signed on a free so it didn't matter when he was added, and the only thing the Sounders needed to do with Torres was make sure the paperwork was all started on time, which apparently happened. 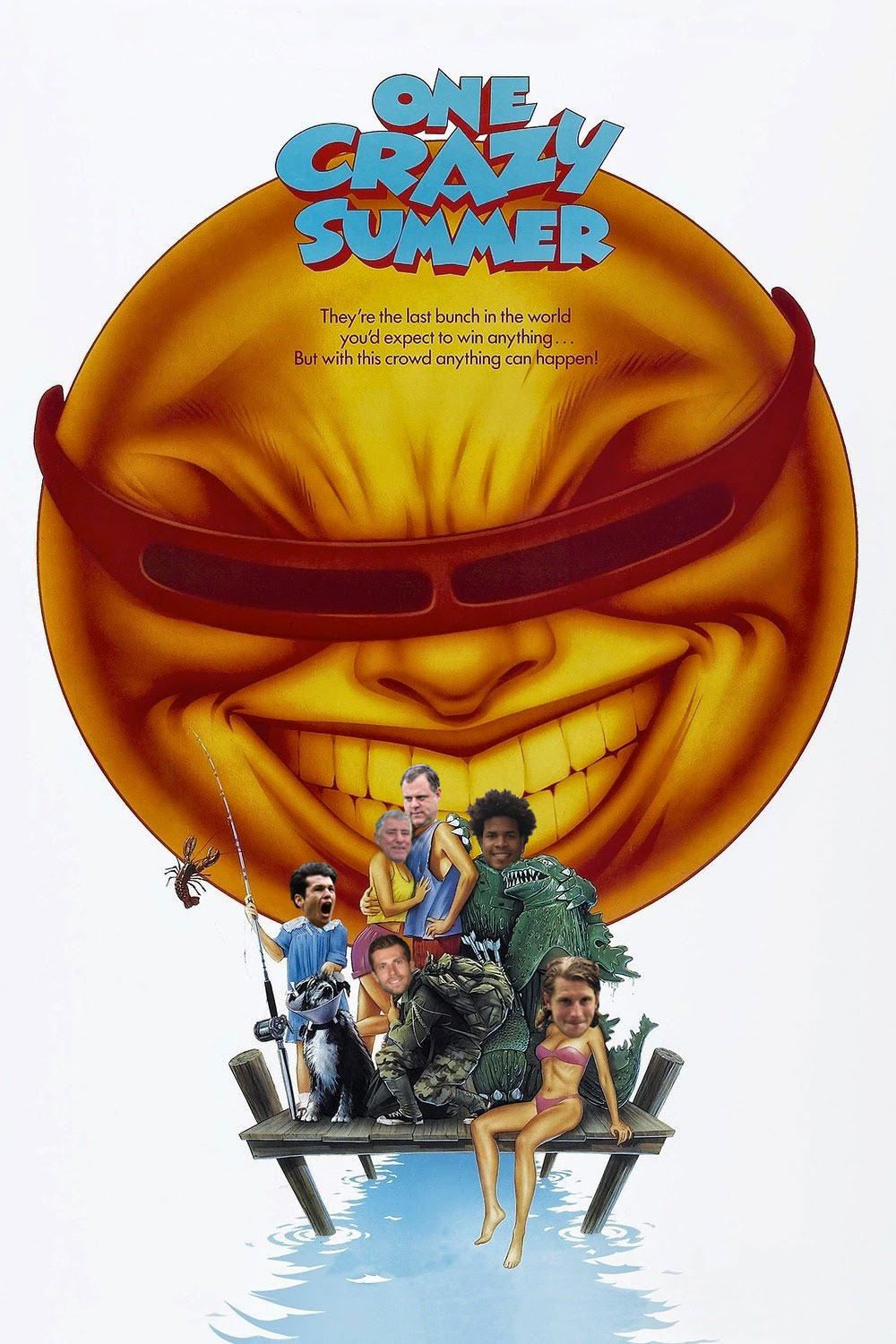 Are these guys any good?

Ivanschitz was a regular starter with Levante in La Liga the last couple years, was a regular starter with the Bundesliga's Mainz 05 in the four seasons before that and has nearly 50 caps with the Austria national team. Valdez has been mostly a reserve with his clubs in recent years, but he's also got a ton of experience in the Bundesliga and is still a regular with the Paraguay national team. Both are 31, though, and realistically no longer at the peaks of their abilities, but surely have enough in the tank to be high quality players in MLS.

Torres is 29 and by all appearances is as good as he'll ever be. He's been one of the top center backs in Colombia's top tier with Millonarios for a few years and is coming off a dominating performance for Panama in the Gold Cup. He's a monster, a leader of men and could possibly turn into one of the better center backs in MLS.

Are the Sounders better?

Almost certainly. Even if none of these guys are starting as soon as Sunday -- and it should be said that Sigi Schmid said they'd all be available against Orlando City -- they immediately make the team deeper. As Dave pointed out in his depth-chart post, there are now five regular starters from last year's double-winning team who are likely now bench players and might be fighting to even make the 18.

Once they are fully integrated, the Sounders probably have three new starters.

How long is that going to take?

Torres is the only one who's anywhere near midseason form. It was only a few weeks ago that he was playing in the Gold Cup and after a couple weeks off, Torres said he's ready to play now. Valdez was basically in preseason, but he's only about a month removed from the Copa America, so he's probably the next closest and could probably start this week if needed. Ivanschitz has not really played at all since mid-May and even though he's been following Dave Tenney's fitness program, it's probably not realistic to expect him to be at his full capabilities for another couple weeks.

Where are they going to play?

Valdez has played as a striker and as a winger. He'll likely play up top whenever one of Obafemi Martins and Clint Dempsey are unavailable and will otherwise likely start as the right mid.

Ivanschitz used to play as a "second striker" during his Bundesliga days but has transitioned to more of a left-sided midfielder in recent years. Expect to see him taking the spot most often filled by Marco Pappa (whose return date is still very much unknown).

Torres is a center back and there's no reason to pretend that he's going to play anywhere else. Most likely he's going to be positioned alongside Chad Marshall. Together, they'll form 12.5 feet and 400 pounds of human wall.

It is. I'm actually peeing myself a little thinking about it.

Wait a minute, what happens to Brad Evans?

Yeah, that's definitely the big question. Evans has been arguably the Sounders' best defender this year and he seems to be the odd man out in all these changes. But don't expect him to suddenly have a place on the bench. Last week, he was filling in for Osvaldo Alonso in the midfield and chances are he's going to be moving around wherever he's needed, whether that's on defense or in the midfield. Based on the Sounders' injury record this year, he's going to get plenty of opportunities.

How does Evans feel about this?

Evans definitely seemed a little annoyed about the move in the aftermath of last Sunday's loss, but Schmid reassured us that he's talked to his captain and "we're good."

What formation will they play?

The Sounders played around with all sorts of different formations over the past couple months, but Schmid was pretty clear that the plan is to revert to a 4-4-2 once everyone is back and healthy.

How did the Sounders afford all these players, anyway?

You probably heard that MLS created something called "Targeted Allocation Money" and started allowing teams to use it about a month ago. That's how the LA Galaxy signed Giovani Dos Santos, for instance. Well, the Sounders used the same mechanism to sign Valdez and Torres. They also had a rather large reserve of regular allocation money left over from previous seasons -- most notably from the Eddie Johnson trade and the DeAndre Yedlin sale. Some of that was used as well.

Are the Sounders going to be in some kind of "salary cap hell" next year?

Impossible to say for sure, but Sounders GM Garth Lagerwey at least acknowledged they are aware of future implications.

"We were able to do this because my predecessor was pretty conservative in the offseason," Lagerwey said. "I owe him a tip of the cap because he preserved a lot of resources that allowed me to make some changes if I wanted to. We obviously saw circumstances that dictated those changes and we had the resources to make them. It was because the team was well managed. We have to be responsible with what's left of the money so we can field a good team next year."

Someone must be on their way out, right?

As of now, no one is going anywhere. The Sounders were able to create roster space and free up international roster spots by placing Andy Craven, Andres Correa and Damion Lowe on the disabled list (all can still play games for S2). They had previously opened two international spots when Marco Pappa and Gonzalo Pineda received their green cards. What happens next year is anyone's guess.

Wasn't Lagerewey just talking about how much he liked this team? What changed?

Eight losses in nine games has a way of forcing your hand. While all of these moves were put into motion before the full extent of the Sounders' slump was realized, the reality is that there have been notable weaknesses exposed over the last couple months. This is the Sounders' attempt at addressing them. Lagerwey made particular note of the set-piece offense and defense where the Sounders have really struggled recently. Ivanschitz is a free-kick specialist and Valdez and Torres are both aerial monsters.

But this is it, right? No more moves?

The roster freeze isn't actually until Sept. 16, so there's still a chance the Sounders can add players who are currently out of contract. That said, I'd be surprised to see any other significant moves. Counting the addition of Erik Friberg a few weeks ago, the Sounders added four potential starters during the transfer window. That's kinda crazy. Toss in the fact that Osvaldo Alonso, Obafemi Martins and Clint Dempsey have all hardly played over the past nine games and you're talking about a team that's almost completely different from the one that has been playing with Yakety Sax going on in the background since mid-June.

Is it too late to turn it around, though?

It really isn't and you don't need to look that far for proof that midseason slumps can be turned around quickly. Just last year, the New England Revolution lost eight in a row and 9 of 10 right before closing out the season on a 9-1-2 run that preceded a trip to the MLS Cup final. Granted the 2014 Eastern Conference was not nearly as tough as the 2015 Western Conference, but the Sounders also don't need to go on some crazy finish. They are still in playoff position and would probably get into the postseason comfortably by claiming 15-18 points over their final 10 games. This is totally doable. Or, to take a page out of #TorresWatch, "Hay fe."