The recent success of DeAndre Yedlin and now Jordan Morris is not forcing a change in philosophy, but is instead a 'gratifying' symbol that things are working. Change in that philosophy may be coming soon.

DeAndre Yedlin and Jordan Morris are making themselves known. Yedlin has a chance at making the U20 World Cup roster while Morris may get a further look during the Touloun preparatory tournament in France since many of the other players will have pro commitments in late May. These successes are a symbol of strength for the Sounders Academy, but they are not forcing the organization to reevaluate their current philosophy about signing HomeGrown Players only when they are ready to compete for spots in the 18. The successes will encourage the club to put more efforts into development.

"It's gratifying and a bit of a relief to some degree to know that the amount of money that's being invested in this whole youth program from a team standpoint and league standpoint is reaping benefits," Adrian Hanauer told Sounder at Heart after Monday's practice. "I think youth development in this country is still a work in progress by a long shot. Any successes we have encourage us to do more, invest more, work harder to take it even to the next level."

That investment may not show as a simple line item on a P&L statement. Even the sale of a great HGP to a European club (like Andy Najar to Anderlecht) will put an Academy in the black for only a short period of time. That does not mean youth development is an unsuccessful endeavor. Sport is more than just line items.

"It depends on how you calculate the investment," Hanauer said. "If you sell a player for a big pile of money then it's easy to measure how much you've spent versus how much you've gained in revenue, but our objective is to put players on the first team and help win championships so that gets more difficult to measure. Certainly, for our team and this country to continue to improve as a soccer team and nation we have to keep investing in youth development and probably invest more than we are today.

"Slowly but surely as we learn and find keys to success we will continue to invest. What we're trying to avoid is throwing a bunch of money indiscriminately at youth development. We could; we could spend more money today. There are lots of ways we could, but we want to try to do it in a smart and calculated way."

May 12's Reserve Match A Test 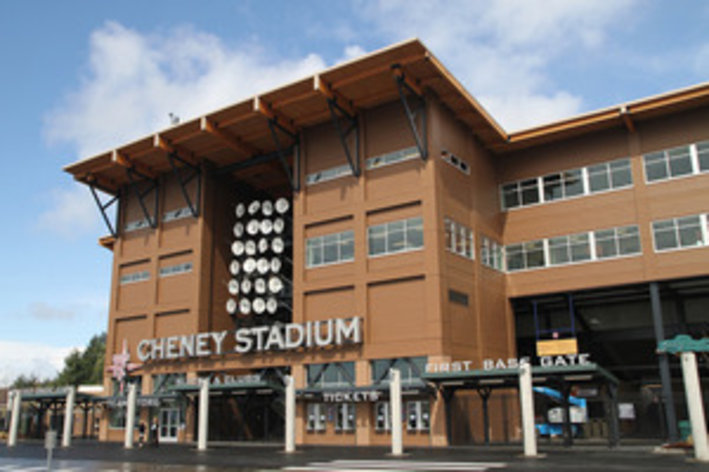 Other options include Starfire, Spokane, Yakima, Everett or elsewhere

The Academy is producing a lot of college players, some very good ones. To this point though there is just one HGP on the roster. Only Yedlin showed that he would compete for regular playing time. The back end of the First Team is filled out by draftees and international discoveries rather than locals. That may change over time.

"I think it will change as potentially the Reserve League changes. Today, college is a good option for a lot of players that are going to theoretically, to your point, the bottom of the roster, but if you can get 30 or 34 good games for those guys in a better Reserve League with meaningful games then all of the sudden the balance tips a little bit and maybe it makes sense then to pull a guy that you might not have earlier," the GM and minority owner explained. "That's why I'm a big believer in this path that we're on which is effectively a AAA model where a Reserve team can get lots of good quality games."