Eriq Zavaleta may finally get his shot with Sounders

With several key players missing, the former first-round draft pick could be in line for his first significant playing time of the season.

Share All sharing options for: Eriq Zavaleta may finally get his shot with Sounders

All season, Eriq Zavaleta has waited for his opportunity. First, was the attempt to turn one of college soccer's leading scorers into center back. That was abandoned shortly after the season started. Then there was the loan to San Antonio where he scored one goal and had one assist in 321 minutes. Sprinkled in, he was the Sounders' leading scorer in the Reserve League with four goals in 737 minutes. 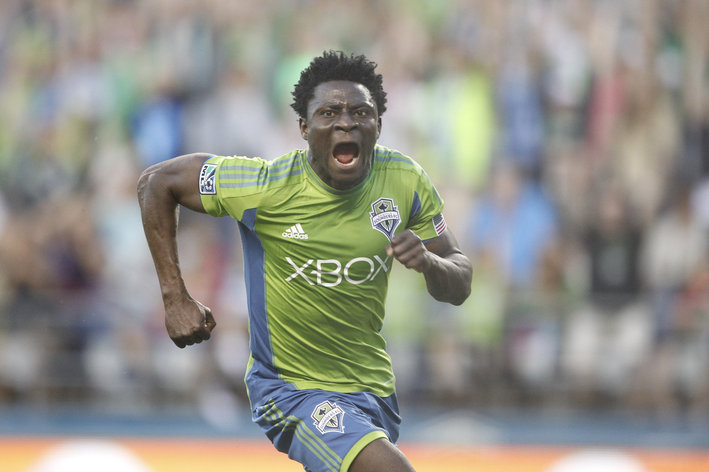 Martins will be a game-time decision, possibly opening up a spot for Zavaleta.

Finally, he may be in line for some significant playing time in MLS. With Clint Dempsey and Eddie Johnson away on national team duty and Obafemi Martins still questionable with a left-ankle injury, Zavaleta is at least in the mix to receive his first MLS start.

"It's a progression," Zavaleta told me. "It's been an up and down year so far. I knew coming in that I wasn't going to start and impact the team right away, but I wanted to push and make the players in front of me better. Playing with talented players really pushes you."

"Maybe on another MLS team I'm good enough to be starting right now, but certainly not on this one. This break and with some of our better attacking players being out, I see it as an opportunity to get some more minutes."

As understanding as Zavaleta may be, it's probably safe to say that it has been a bit tougher to get on the field than he expected. The former United States youth international has played in just four matches and logged only 21 minutes. Until coming on as a late sub in Wednesday's game, he hadn't even been on the field during a victory.

But he's taking it all as a learning experience and trying to make the most of it.

"You have to take it as you have to make an impact in that five or 10 minutes," he said. "Whether it's hard work rate and keeping the ball up or like my job was last night to just be flicking balls on or holding balls, you always have a task of what you need to do. You have to make sure to stay focused on that task."